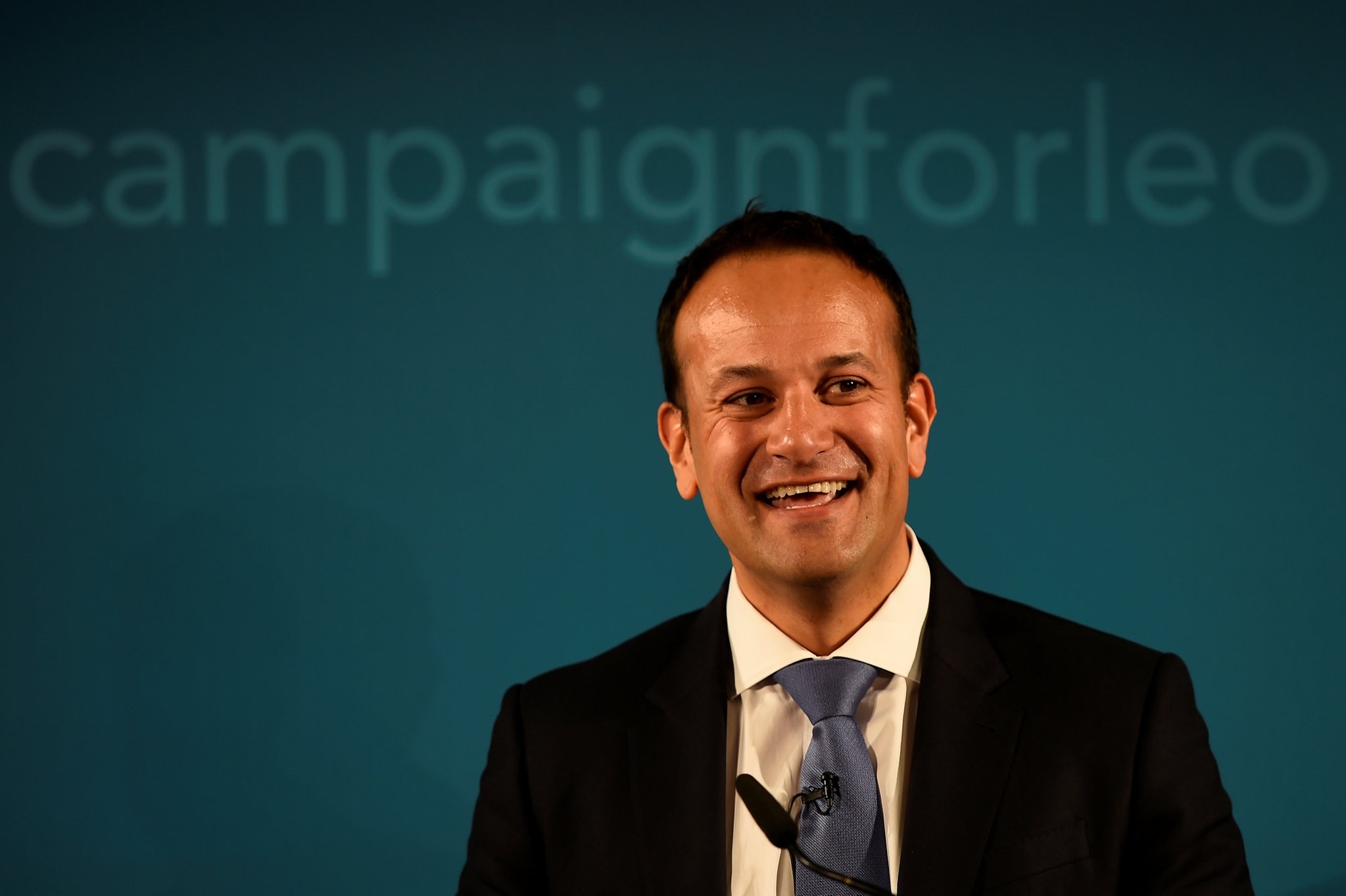 Leo Varadkar, the newly-elected leader of Ireland's ruling Fine Gael party, is set at the age of 38 to be country's youngest ever and first openly gay taoiseach, or prime minister.

The son of an Indian immigrant and an Irish mother, Varadkar was seen as a candidate for change, representing an urban progressive elite.

He became involved in politics early. While going to the King's Hospital private school near Dublin, he became a member of Fine Gael. He went on to study medicine at Trinity College Dublin, where he found time to pursue his interest in politics.

He was elected as a local councillor in Fingal, West Dublin, in 2004 and won the Dail, or lower house, seat for the same constituency three years later at the age of 28.

Ambitious and articulate, Varadkar attracted the attention of senior politicians, not least for his fearlessness.

He famously insulted former prime minister Bertie Ahern of the rival Fianna Fail party by saying that the "gutter" was his "natural habitat."

He was soon promoted by Enda Kenny to the front bench as enterprise spokesman and there was already talk about his leadership potential.

He served as minister for transport, tourism and sport from 2011 to 2014 under the Fine Gael-Labour coalition, and then as health minister until 2016.

Positioning himself on the right of the Fine Gael party on economic issues, he has however taken liberal stances on social policy.

He was active in the successful campaign to legalize gay marriage in Ireland in 2015 and is expected to oversee rapid change on Ireland's restrictive abortion laws.

On economic policy, he is seen as pro-business and on the right of his party. Controversially, as minister for social protection, he led a recent campaign urging the public to report on "welfare cheats."

He does not shy away from sensitive political topics and is expected to act quickly on repealing the eighth amendment to the constitution, which places the rights of the unborn child on an equal footing with those of the mother.

Varadkar has been social protection minister since 2016.