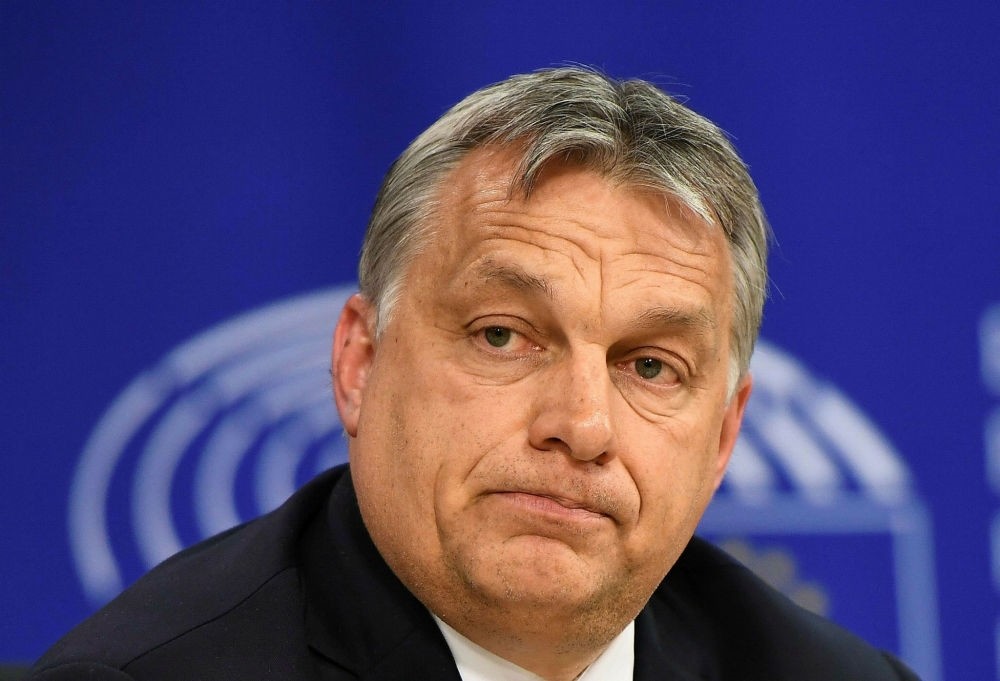 Hungary's Prime Minister Viktor Orban addresses a press conference in Brussels on April 26.
by Compiled from Wire Services Jun 03, 2017 12:00 am

Hungary's prime minister says criticism by billionaire George Soros who has made claims about corruption and a "mafia state" in Hungary is a "declaration of war." Prime Minister Viktor Orban said Friday that the Hungarian-American investor is paying "agent-like networks" of non-governmental organizations to enforce his policies, including the promotion of migration, in Europe and Hungary. Replying to a Soros speech Thursday in Brussels, Orban said on state radio that Soros' policies were "elitist and anti-democratic" because they were opposed by the Hungarian people. Orban accused the NGOs supported by Soros of lacking transparency and operating "like a mafia."

The ideological conflict between Orban and Soros has deepened in the past months after parliament approved legal changes which could force Central European University, founded by Soros, to leave Budapest. Orban has long criticized civil society organizations funded by Hungarian-born Soros, accusing them of opposing his tough migration policies, and working as paid political activists advocating Soros' goals. The Hungarian premier, who faces elections in April 2018, said Soros' statement on Thursday that he admired "the courageous way Hungarians have resisted the deception and corruption of the mafia state Orban has established", was a declaration of war. "This is a declaration of war, no doubt," Orban told state radio. "The only network which operates in mafia ways, which is not transparent... in Hungary is the Soros network." "This is why we must insist, and I personally insist on having a parliament decision on making these organizations transparent," Orban added.

Under legislation submitted to parliament by the government, non-governmental organizations with foreign donations of at least 7.2 million forints ($26,000) will be required to register with authorities and declare themselves as foreign-funded. The NGOs have said the bill stigmatizes them.

Parliament is expected to pass the bill later this month despite mass protests by Hungarians at home, and a resolution passed in European Parliament which condemned what it called a "serious deterioration" in the rule of law and fundamental rights in Hungary. Orban's critics say the move against NGOs is part of his broader push to stifle dissenting voices and put independent institutions - including the judiciary, media - under closer government control. Orban, in power since 2010, has often bashed the EU and repeatedly clashed with non-governmental organisations sponsored by Soros, who promotes a liberal and internationalist worldview that the nationalist-minded Hungarian leader dislikes.