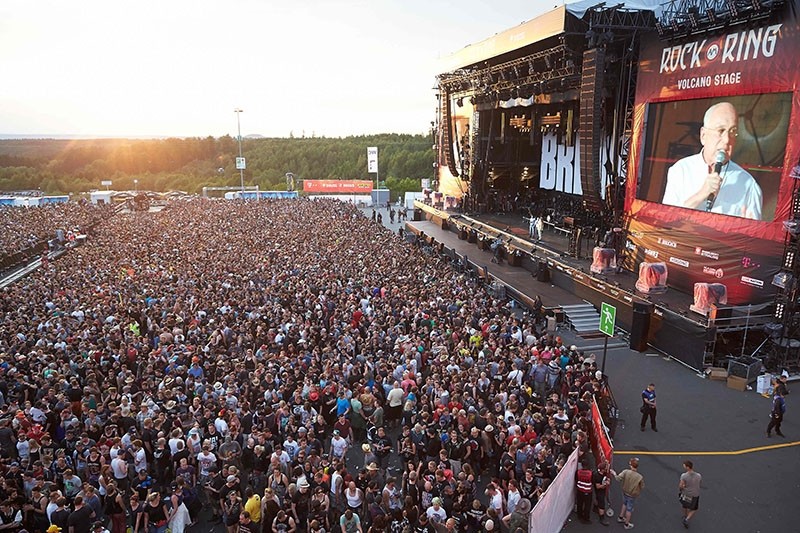 Festival organiser Marek Lieberberg announce the suspension of the program and ask revellers to leave the venue of the Rock am Ring music festival in Nuerburg, western Germany following an evacuation alert amid security concerns. (AFP Photo)
by Jun 03, 2017 12:00 am

Organizers of a popular German rock festival say it is set to resume on Saturday after police searches failed to confirm fears of a terrorist threat.

Authorities shut down and cleared tens of thousands of fans from the three-day Rock am Ring festival in the Nuerburgring motorsport complex located in the western German city of Koblenz, Friday evening, the festival's opening night.

They cited what they called "concrete indications on the basis of which a possible terrorist threat can't be ruled out," but didn't give details.

Rock am Ring organizers said in a Facebook post ahead of that appearance that police had cleared them to prepare to reopen the site.

Germany's most famous rock festival, which was expected to draw some 90,000 music fans over the long holiday weekend, was halted by police on Friday evening over a tip-off about a potential "terrorist threat."