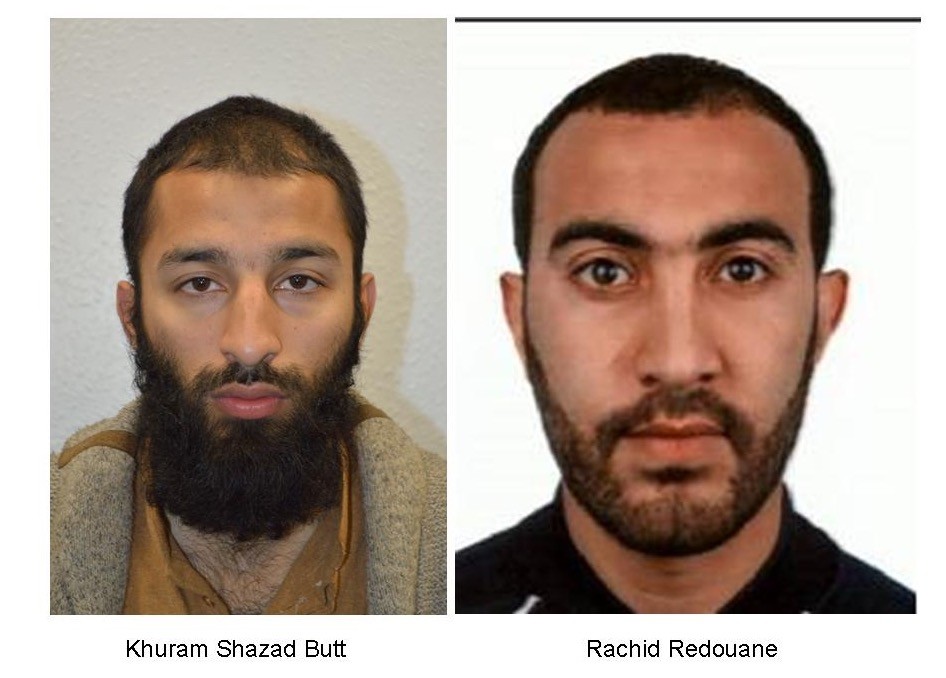 British police have identified and released photos of two out of the three perpetrators of the London Bridge terror attack, saying one was known to security services but that there had been no intelligence about an attack.

The photos of the two Daesh terrorists, Khuram Shazad Butt and Rachid Redouane were shared on the Twitter account of the Metropolitan police.

Khuram Shazad Butt was 27 and a British citizen born in Pakistan, police said in a statement.

"Khuram Shazad Butt was known to the police and MI5. However, there was no intelligence to suggest that this attack was being planned and the investigation had been prioritised accordingly," police said.

He appeared in a Channel 4 documentary entitled "The Jihadis Next Door" about British extremists that was broadcast last year, British media reported.

Redouane was 30 and "claimed to be Moroccan and Libyan". Police said he also used the name of Rachid Elkhdar and a different date of birth that gave his age as 25.

"I would urge anyone with information about these men, their movements in the days and hours before the attack and the places they frequented to come forward," national counter-terrorism police chief Mark Rowley said in the statement.

"At any one time MI5 and police are conducting around 500 active investigations, involving 3,000 subjects of interest.

"Additionally, there are around 20,000 individuals who are former subjects of interest, whose risk remains subject to review by MI5 and its partners," he said.

Rowley said the security services had stopped 18 plots since 2013, including five since the Westminster attack two months ago.

Police said they now had 10 people in custody after releasing two of the 12 people arrested on Sunday.

Police specialists collected evidence in the heart of London after a series of attacks described as terrorism killed seven people and injured more than 48 others. Prime Minister Theresa May called an emergency security cabinet session Sunday to deal with the crisis.

The assault began Saturday night when a van veered off the road and barreled into pedestrians on London Bridge. Three men fled the van with large knives and attacked people at bars and restaurants in nearby Borough Market, police and witnesses said.