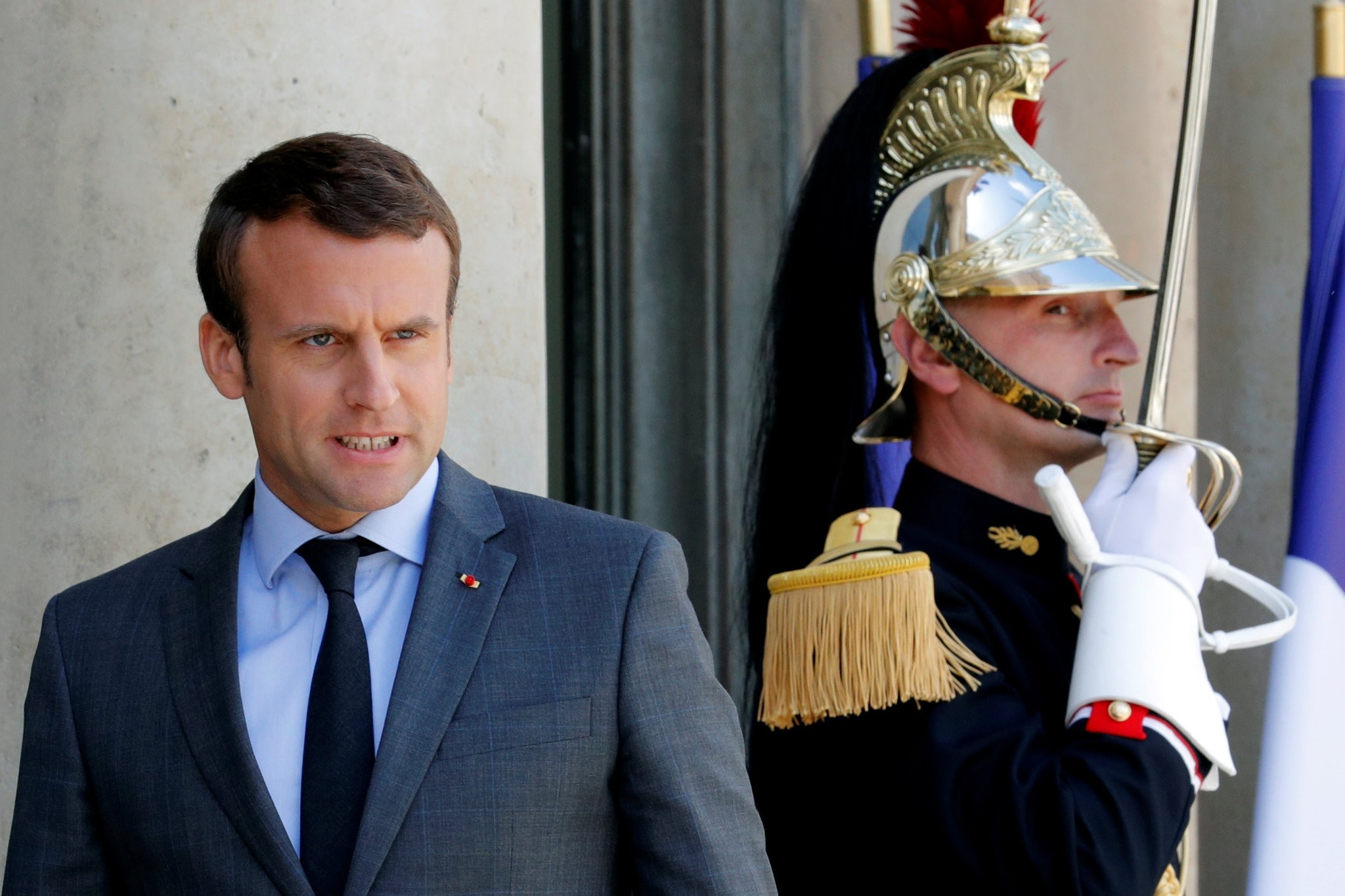 Emmanuel Macron's party is set to win the biggest parliamentary majority for a French president since Charles de Gaulle's 1968 landslide, a survey of voter intentions for the coming legislative elections showed on Tuesday.

A majority of such proportions would give Macron's government a strong mandate to push ahead with his economic reforms, starting with a pro-business overhaul of the France's labour code.

Macron's centrist Republic On The Move (LREM) - which did not exist a year ago and has turned the French political scene upside down - was seen winning 29.5 percent of the vote in the June 11 first round, the Ipsos Sopra-Steria poll found.

With a solid lead ahead of other parties, LREM would go on to win 385-415 seats out of 577 seats in the lower house of parliament in a June 18 second round of voting, the poll projected.

Not only was that the biggest majority projected by a poll for the election since Macron won the presidency in May, it would also be the strongest since voters rallied behind former president and wartime hero De Gaulle in 1968 after student revolts and nationwide general strikes.

LREM's 29.5 percent first-round vote was seen leading the conservative Republicans and their allies on 23 percent. The far right National Front was seen winning 17 percent, the hard-left France Unbowed on 12.5, and the Socialists at 8.5 percent.

LREM's first round lead has narrowed from 31 percent the last time the poll was conducted a week ago after Macron's former campaign chief and now a cabinet minister came under investigation for past financial dealings.

But the investigation has so far done little to dent Macron's popularity following his election last month against far right leader Marine Le Pen. Sixty percent of those surveyed said they were satisfied with Macron.

And after the first round eliminates any candidate who gathers less than 12.5 percent of the vote, Macron's candidates will be strongly placed across the country to win the decisive second round, pollsters say.

In the second round, the poll projected that The Republicans party would win just 105-125 seats in parliament, the Socialists 25-35 seats, the hard left France Unbowed 12-22 seats and the National Front 5-15 seats.

The poll, conducted on June 2-4 for France Televisions and radiofrance with a sample of 2,103 people, also found that 68 percent of those surveyed had definitely made up their minds about whom they would vote for.

That number rose to 75 percent for those backing Macron's party.