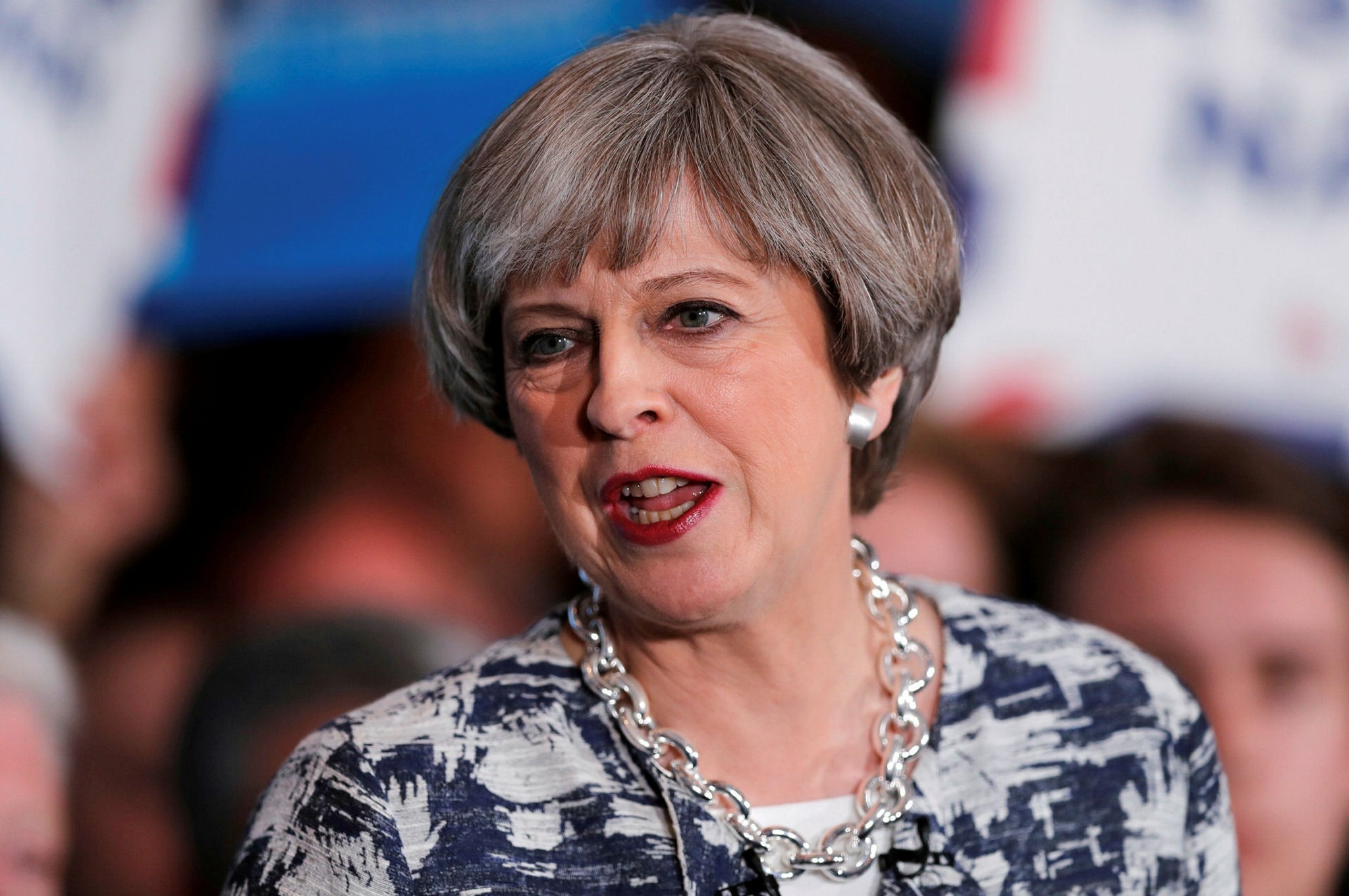 British Prime Minister Theresa May said on Tuesday she would be willing to weaken human rights protections to make it easier to deport or curb the movements of suspected militants who there is not enough evidence to prosecute.

May used one of her final speeches in an election campaign which has turned into a debate about national security to step up her rhetoric against extremism, pledging to ensure security services had the powers they needed.

It comes days after Britain's third major terror attack this year, in which seven people were killed when Daesh terrorists plowed a van into pedestrians and then started stabbing people and slitting throats in a busy area of central London.

May said authorities needed to be able to do more, including to restrict the movements of suspected militants when police had enough evidence to suspect they presented a threat, but not enough to prosecute them.

"If our human rights laws stop us from doing it, we will change the laws so we can do it," she said to cheers and applause at an election rally.

May, a former interior minister, has previously been criticized for scrapping house arrest rules known as 'control orders', which were coming under regular legal challenge.

In Tuesday's speech, she also called for longer prison sentences for people convicted of terrorist offenses, and to make it easier to deport foreign suspected militants.

May has promised that if she wins Thursday's election, Britain would remain a signatory of the European Convention on Human Rights until 2022, but Tuesday's remarks signal she would look at ways around the rules if necessary.

Last year, she said Britain would make it possible to suspend the ECHR to protect its armed forces serving overseas from "vexatious" human rights claims.