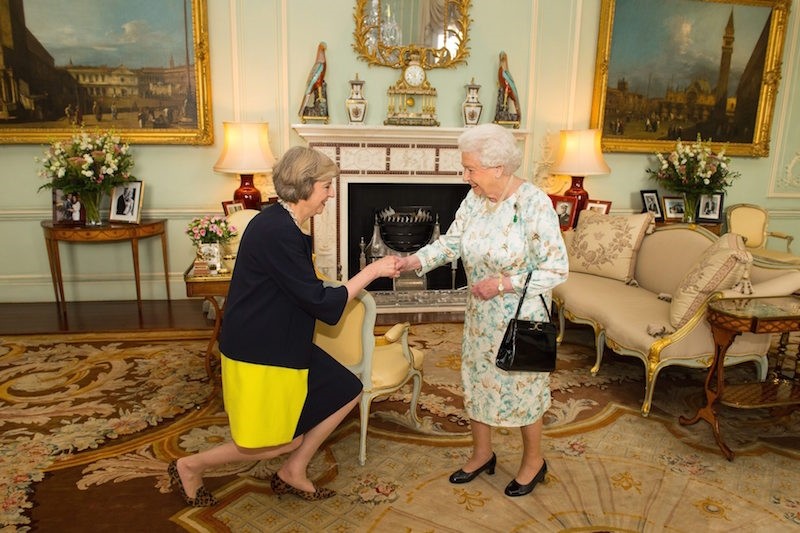 May spoke outside No.10 Downing Street after meeting the Queen, and then she will appoint her senior cabinet members.

The coalition proposal comes after the Conservatives failed to gain a majority in Thursday's general election.

DUP leaders said in a statement that there were "no red lines" on the topic of supporting the Conservatives in Parliament.

Chairman of the Democratic Unionists Lord Maurice Morrow told BBC Radio 4's Today program, "The DUP will do what they always do - they elect in the best interests of Northern Ireland and the United Kingdom in general so therefore we will listen to what the Prime Minister has to say if she calls and hear what she wants to tell us."

May's failure to attain a majority in the snap election has cast serious doubts over her leadership, with opposition and Conservative figures calling on her to resign.

Former Conservative chancellor George Osborne told the ITV channel, "Clearly if she's got a worse result than two years ago and is almost unable to form a government then she, I doubt, will survive in the long term as Conservative party leader."

In an interview with the BBC, the DUP leader commented, "I think it will be difficult for her to survive."