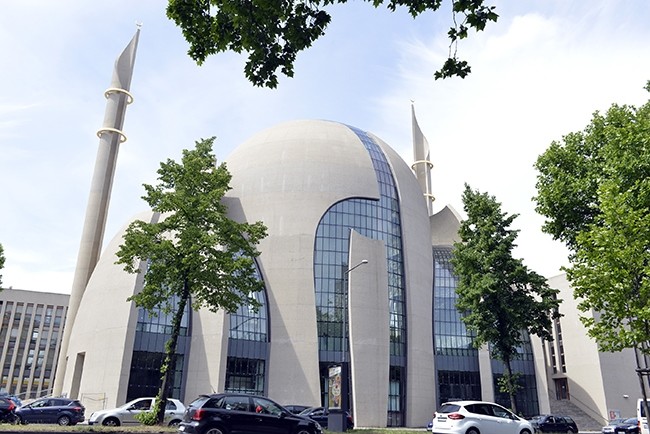 The Turkish-Islamic Union for Religious Affairs (DITIB) opened a new mosque for worship on Friday in the German city of Cologne.

The foundation of the DITIB Central Mosque was laid in 2009 and, according to the organization, an official opening ceremony will be held within the next two months.

Before the opening, DITIB chairman Nevzat Yaşar Aşıkoğlu expressed his joy over the opening of the 1,200-person capacity mosque.

"We are in Ramadan, we are performing the Friday prayer and we are opening our mosque today. Today is a very special day for us. For the first time we will pray in a mosque, which has been under construction for many years," Aşıkoğlu said, congratulating Muslims living in Germany and Europe on their new mosque.

The mosque was built on an area of 17,000 square meters, which includes the mosque, various offices, meeting rooms, an exhibition hall, a museum, a library, a youth and sports center, a guest house, TV and radio studios, a conference hall, a covered bazaar and a parking lot with a capacity of 150 cars.

The Cologne-based Turkish-Islamic Union for Religious Affairs, usually referred to as DİTİB, is one of the largest Islamic organizations in Germany. DITIB was founded in 1984 as a branch of Turkey's Presidency of Religious Affairs (DİB, better known as Diyanet).