37 refugees injured after fire breaks out in German shelter 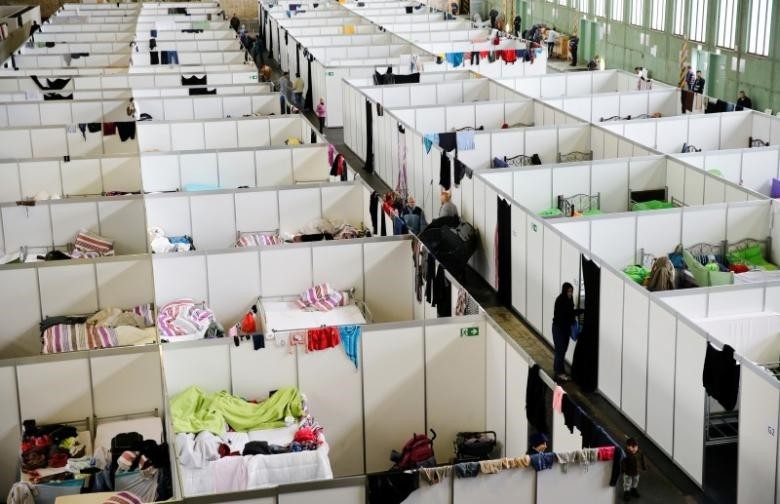 A general view of a shelter for migrants inside a hangar of the former Tempelhof airport (Reuters File Photo)
by Jun 11, 2017 12:00 am

A fire broke out in a refugee shelter in Germany overnight injuring 37 people, mainly due to smoke inhalation, police said Sunday as they searched for the cause.

Emergency services took 10 children and four adults to hospital after the blaze started around 2:30 am (0030 GMT) in the basement of the five-storey building in the northwestern city of Bremen.

The fire brigade responded with 70 personnel and 27 vehicles, using ladders to rescue some inhabitants from the smoke-filled building through windows.

Police said some 50 people had to be resettled in another shelter.

The fire was thought to have started in a garbage bin in the cellar, for as yet unknown reasons, they said in a statement. Officers were interviewing witnesses.

The refugee influx in Germany has sparked both a large wave of volunteerism and an ugly anti-foreigner backlash that has seen a spate of hate crimes targeting migrants and refugees.