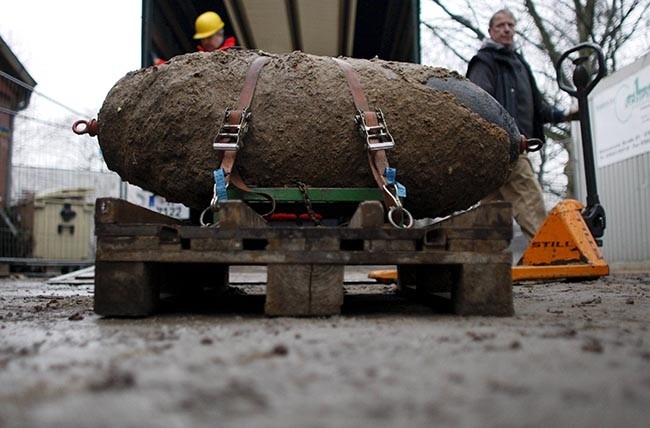 Some 15,000 residents in the northern German city of Hannover had to evacuate their homes after a 250 kilogram (550 pound) World War II-era bomb was found during construction work.

The dpa news agency says the bomb was found during digging Thursday afternoon but disposal experts couldn't begin work until the early morning hours Friday as some recalcitrant residents refused to evacuate their homes.

A helicopter deployed to make sure there were no people in the area had to break off its search after someone shined a laser pointer into the pilot's eyes.

Once begun at 3:13 a.m., it took disposal experts a half hour to secure and remove the bomb.

More than 70 years after the end of WWII, such finds are still common in Germany.