UK to push EU for tougher regulations against terror online 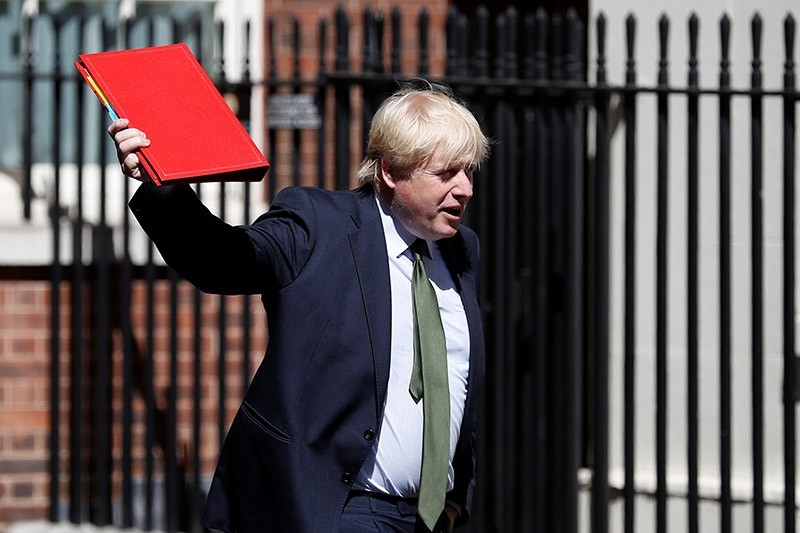 UK Foreign Secretary Boris Johnson will lead a call for "no safe space for terrorists" to recruit, plan attacks, or distribute radical material online, during his speech at a meeting of EU foreign ministers Monday.

Prime Minister Theresa May urged internet giants including Google, Facebook and Twitter to be more active in taking down terrorist content, agreeing upon stricter regulations with leaders of the G7 countries in April and drawing up a plan with French President Emmanuel Macron last week.

The U.K. will also call for cooperation between member states to track European fighters from terror groups such as Daesh, particularly when they return from Iraq and Syria.

"We are pushing back Daesh militarily, but the threat we face is evolving rather than disappearing as they lose ground in Iraq and Syria. The fight is moving from the battlefield to the internet," Johnson said in a statement ahead of the meeting.

He continued, "There should be absolutely no safe space for terrorists plotting attacks, radicalizing young people and encouraging others to carry out violence in the name of an obscene ideology."

Turkey has been a key player in the fight against Daesh both within its borders and in northern Syria. Since Daesh emerged as a terrorist group, Turkey has detained over 5,000 Daesh suspects and deported over 3,000 foreign terrorist fighters originating from 95 countries and has also refused entry to Turkey for more than 30,000 individuals.