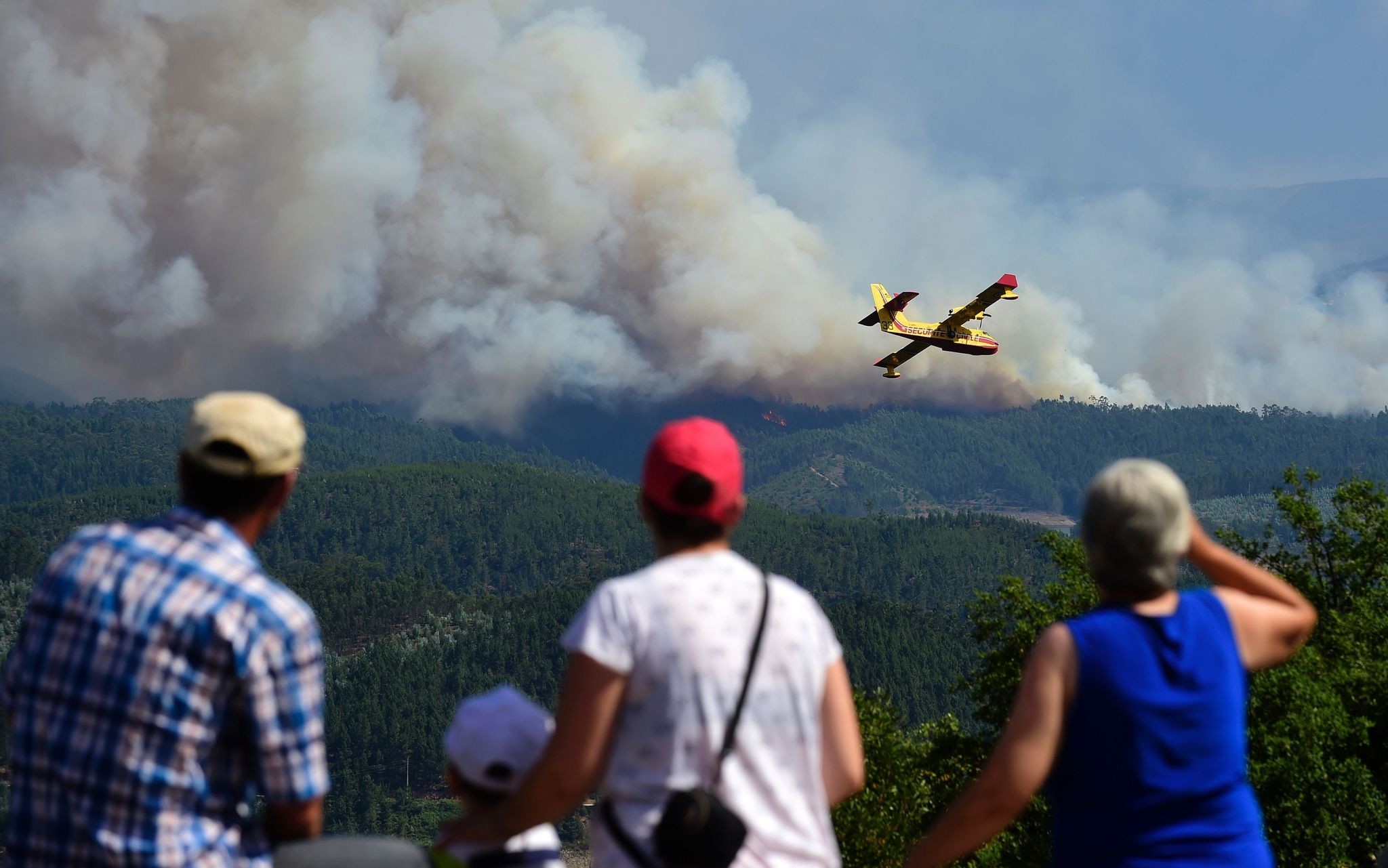 Television stations SIC and TVI said the Canadair aircraft had crashed near Pedrogao Grande, centre of the biggest fire that has killed 64 people since Saturday.