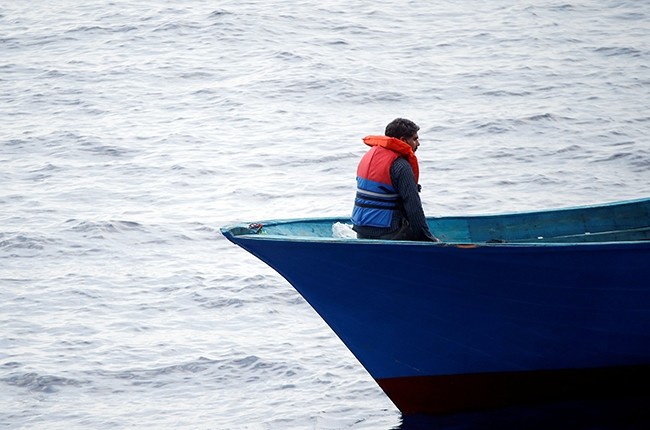 In total, 414 people were picked up and taken to the cities of Almeria, Malaga, Tarifa, Cartagena and Spain's North African enclave of Ceuta, in the latest of a wave of rescue operations.

Planes and helicopters from Spain's Maritime Agency, the Spanish Army and the Civil Guard took part.

In 2016, 6,726 migrants were rescued as they tried to enter Spain by sea, according to the Spanish coastguard.

Hundreds of thousands of migrants and refugees have crossed the Mediterranean in smugglers' boats in hopes of a better life in Europe, but thousands attempting to reach the continent die each year.

The International Organization for Migration (IOM) stated that the number of migrants who had passed through the Mediterranean to Europe stood at 81,292 thus far in 2017, and that the number of those who had lost their lives during the dangerous journey had reached 1,985 during that time. 85 percent of the 81,292 migrant arrivals had landed in Italy, while the rest landed ashore in Greece, Spain and Cyprus.