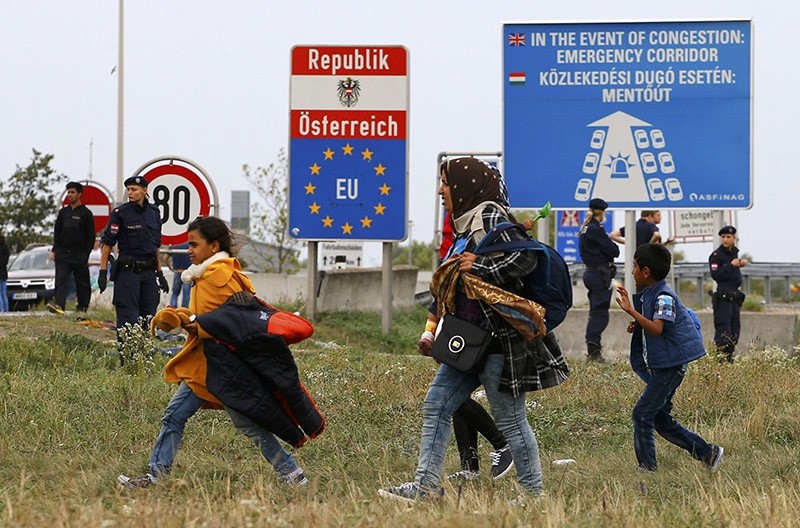 The Austrian cabinet has approved a law that will condemn refugees who make false statements in their applications to six months in prison and a fine of 5,000 euros ($5,373).

Children whose applications have false information will be sentenced to three months in prison.

The law was prepared by the interior ministry and passed with the support of the coalition parties in government and the opposition Team Stronach Party.

An explanation of the law's purpose specified that it is designed to make it more difficult for refugees to settle in Austria, and to deter those who plan to settle on false grounds.

The law is expected to come into effect after being voted on in the national parliament.

Until refugees have gained their right to remain in the country, the new law will require them to stay at a fixed address and not leave the immediate area.

Refugees who remain in the country illegally and refuse to leave will face 18 months in prison, and the state will not be obligated to meet their basic needs, under the new law.

Interior Minister Wolfgang Sobotka has stated that migrants whose asylum claims are rejected and then refuse to leave must face consequences, saying, "The first thing is basically that they don't get anything from the Austrian state if they don't have the right to stay here. Is that so hard to understand?"

The Austrian government capped the number of asylum seekers at 37,500 in 2016, while the country plans to take in a number of refugees amounting to no more than 1.5 percent of its population over the next three years.

Alev Korun of the Greens said, "That way you can stop the nationalist competition for who can scare off asylum seekers the most."