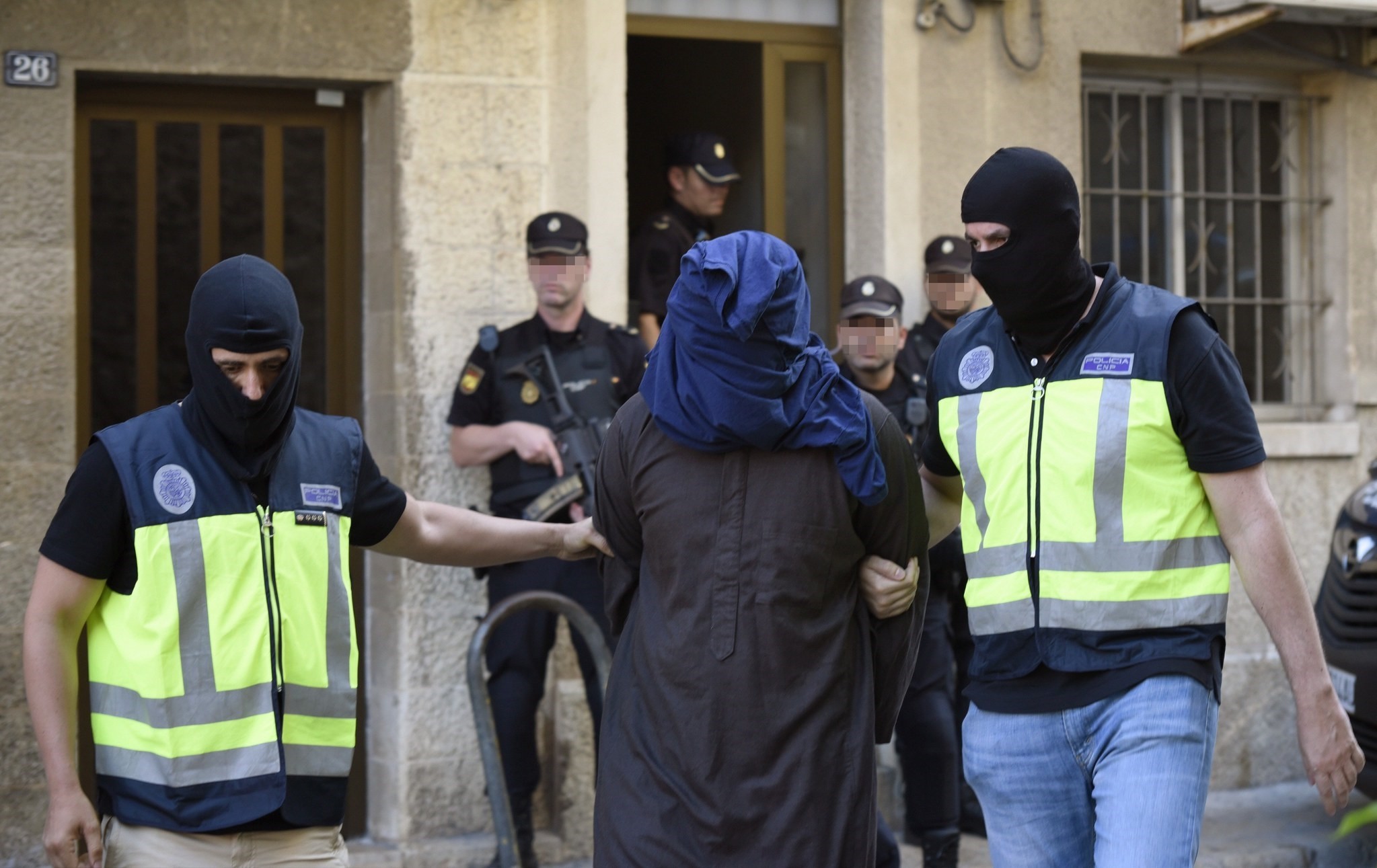 Policemen escort a suspect that was arrested as part of an international anti-terror police operation, in Palma Majorca (EPA Photo)
by Jul 01, 2017 12:00 am

Spain said Saturday it has arrested a Danish man on suspicion of fighting with Daesh terrorists in Syria, as officials are on high alert for the huge WorldPride parade.

The 29-year-old, born in Syria, was arrested Friday in Malaga in southern Spain, suspected of having fought in the ranks of Daesh for at least two years in Syria, said the Spanish interior ministry.

Officials are searching seized equipment in order to shed light on the man's intentions and find out who he has been in contact with, the ministry also said.

The arrest was overseen by officials from the anti-terrorist section of the country's highest court.

Security is tight across the country, as Saturday's march in Madrid for gay, lesbian, bisexual and transgender rights is expected to draw crowds that could reach 2 million people.

Three Moroccans were arrested in the capital in June, including one suspected of belonging to Daesh and studying terrorist manuals.

No references to WorldPride were found in documents and hard drives searched following those arrests, operations chief for Madrid police German Castineira had said Thursday.

"There is no specific terrorist threat but a generalized threat," he said.

Spain is on high alert for terrorism -- level four out of five -- but has been spared the type of attacks seen in London, Paris, Brussels and Berlin in recent years.

In 2004, 191 people died after bombs exploded on commuter trains in Madrid in an attack claimed by al-Qaida-inspired terrorists.