8 injured in shooting outside mosque in southern France 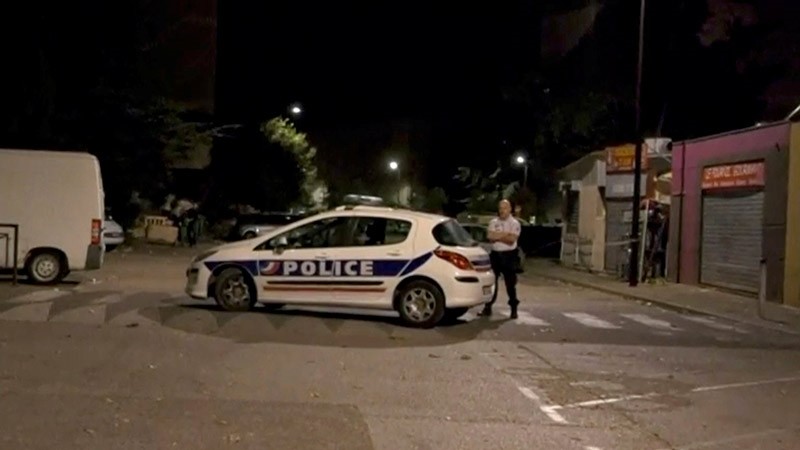 A police officer stands guard on a street near a scene of a shooting in front of a mosque, in this still image from video, in Avignon, France July 3, 2017 (Reuters Photo)
by Compiled from Wire Services Jul 03, 2017 12:00 am

Eight people were injured in a shooting outside a mosque in southern France, according to media reports.

Two men opened fire on a group that was stepping out the Arrahma Mosque in Avignon, according to the La Provence daily.

Four people were injured at the scene and four members of one family in an apartment 50 meters (165 feet) from the mosque also sustained shrapnel wounds.

"From what we know this evening, the mosque was not targeted. The fact that it happened in the street of the religious establishment was unconnected with it," the prosecutor said, ruling out terrorism.

Witness accounts mentioned four men in the car, all hooded.

The criminal investigation department has taken charge of the case.

The shooting comes a few days after a man on Thursday attempted to drive his car into worshippers outside the Creteil mosque in southeast Paris.

The driver, a 43-year-old Armenian who suffered from schizophrenia, hit barriers and pillars outside the mosque with his 4x4 without causing any injuries before crashing into a traffic island.

According to a source close to the investigation, the suspect had made "confused remarks in relation" to a string of terrorist attacks that have struck France, killing 239 people since 2015.

Some Muslim officials have described the Paris incident as an attack and called on the authorities to "strengthen protection of places of worship".