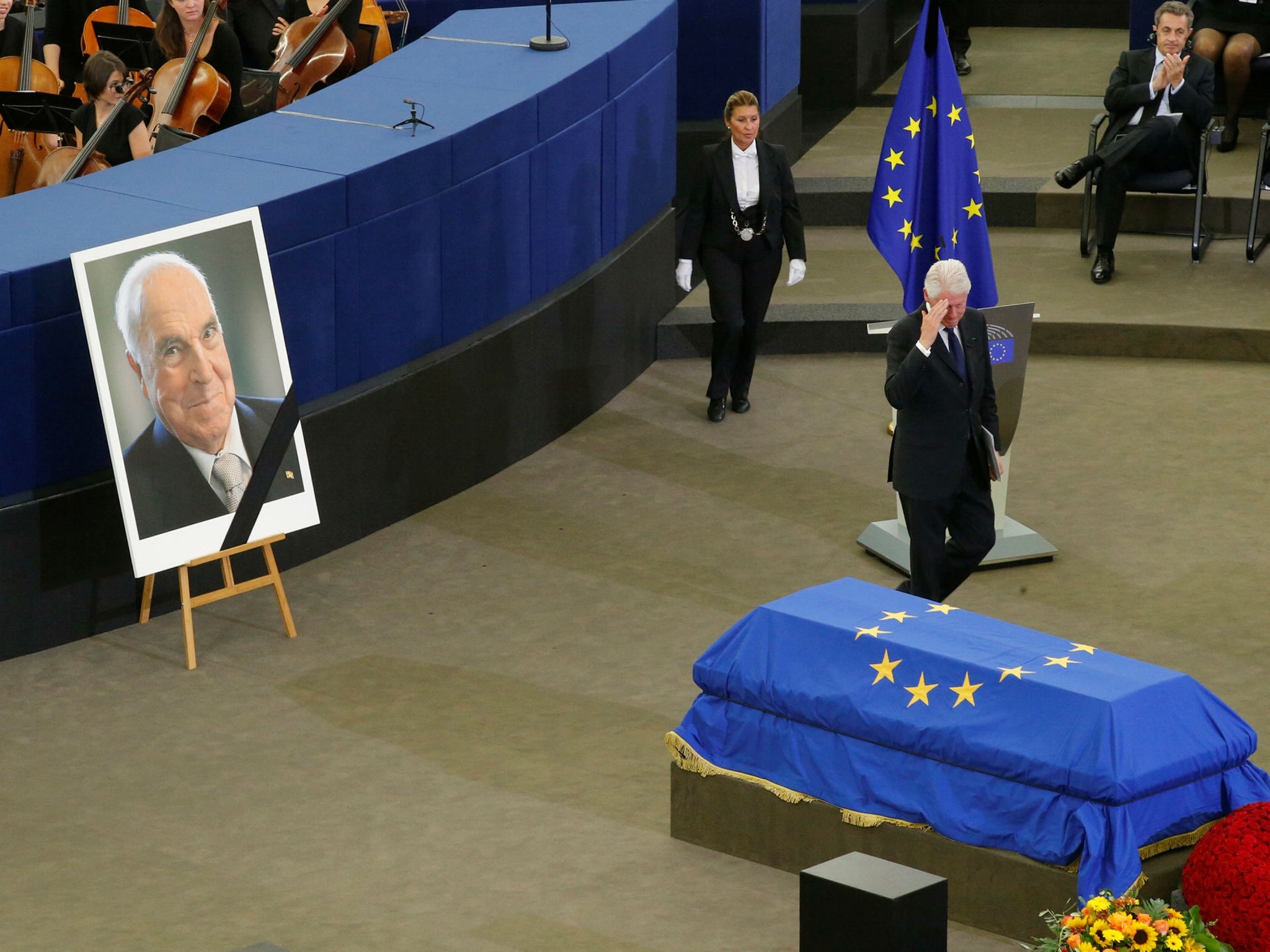 A funeral was held for former German Chancellor Helmut Kohl at European Parliament (EP) despite the former leader's wishes that no official proceedings be held.

Helmut Kohl, a pioneer of both the EU and German reunification of 1989, had explicitly stated in his will that he did not wish for Germany to give him an official state funeral, indicating instead that he was opposed to the idea of an official ceremony being held in his honor.

However, his wishes were not respected, according to his second wife and widow, Maike Kohl-Richter.

Rather than receiving a quiet funeral near his hometown of Speyer in Germany's Rhineland, the former German chancellor's coffin was draped in an EU banner and displayed alongside a huge portrait of him inside the EP at a state funeral, where several former and current world leaders gave speeches.

The event was overshadowed by the peculiar feud between Kohl and his former protégé, current Chancellor Angela Merkel. Despite having indicated prior to his death that he did not want Merkel to speak at his funeral, the German chancellor gave a speech at the state funeral, contrary to Kohl's wishes. The deceased Kohl's widow made attempts to prevent the speech, even trying to prevent Merkel from attending the funeral according to numerous accounts cited in Ders Spiegel.

The former German chancellor believed that Merkel had betrayed him after she ousted him from the Christian Democratic Union (CDU) over a scandal regarding party funds, apparently holding a grudge as he did with several other figures in both his personal and political life.

In a twisted turn of events, the one person whom Kohl wished to speak at his funeral, Hungarian Prime Minister Viktor Orban, will not be allowed to do so.

Intra-family conflicts were also made public once again as a result of Kohl's death. Walter Kohl, the son of Helmut and Hanelore Kohl, the chancellor's first wife, advocated for the state funeral, despite his father's wishes. Walter had had an almost non-existent relationship with his father in the later years of his life, having spoken to him last on the telephone in 2011 and learning of his death on the radio.

Regarding Kohl's relationship with current Chancellor Merkel, the former had taken the latter under his wing in the early 1990s, training her to become his political heir and even nicknaming her, "the girl."

Despite sharing similar views on internal policy, Merkel and Kohl had staunchly opposing views on how to handle the immigration crisis in Germany. "The solution lies in the affected regions," Kohl wrote prior to his death. "It does not lie in Europe. Europe cannot become a new home for the millions of people in need around the world."