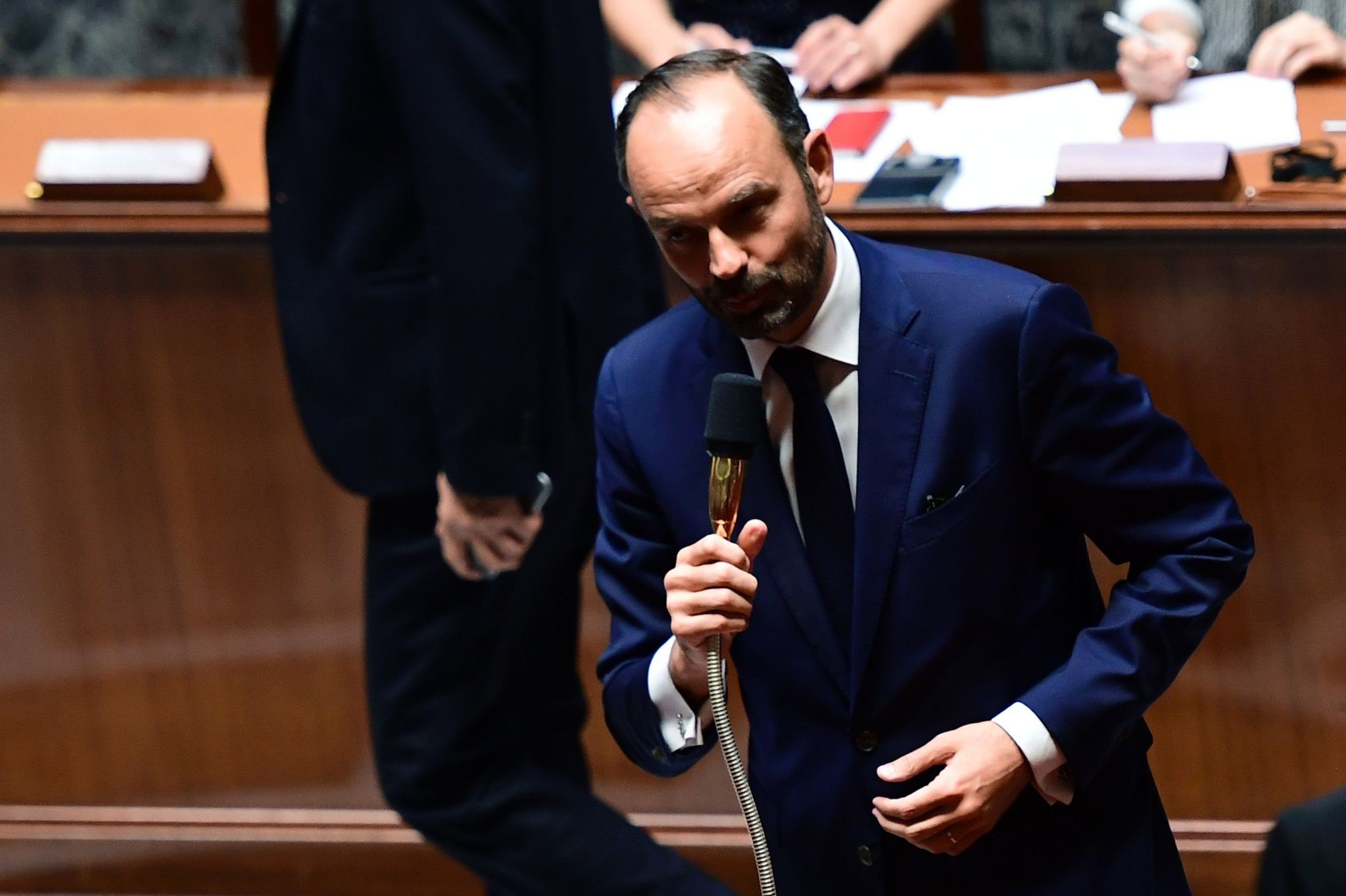 French Prime Minister Edouard Philippe delivers a remark after winning a vote of confidence at the National Assembly on July 4, 2017 in Paris. (AFP PHOTO)
by Associated Press Jul 04, 2017 12:00 am

France's prime minister overwhelmingly won a confidence vote in the National Assembly on Tuesday after vowing to bring the country's budget deficit under the European Union limit of 3 percent this year without raising taxes.

Prime Minister Edouard Philippe told lawmakers that France's debt had reached "an unbearable level," putting the country "at the mercy of financial markets." He said there will be expenses cuts but pledged not to raise taxes.

Philippe won the vote in France's lower house of parliament by 370-67. Besides getting support from President Emmanuel Macron's party — which has a wide majority after a landslide win last month — he also got votes from centrist allies and even some conservative lawmakers.

"The truth is that while our German neighbors raise 100 euros in taxes and spend 98, we are raising 117 euros and are spending 125. Who can think this situation is sustainable?" he said.

Philippe pledged to stop increasing the number of state employees, to focus the government on its main priorities and to stop spending money on policies that don't deliver results.

Last week the country's national audit office said France's budget deficit could reach 3.2 percent — above the EU limit for the 10th consecutive year in 2017 — if no measures are taken.

Philippe said by choosing Macron, French voters showed they "are attached to the European Union and the euro. They want a more concrete, less fussy and more protective Europe."

He detailed the government's agenda in the next months and years, from health to education and job policies. He notably wants to raise the price of a cigarette pack to 10 euros ($11.35) — up from about 7 euros ($8) now.

Philippe pushed for the labor reform Macron has promised to pass by the end of the summer that aims to boost job creation, since French unemployment has been hovering around 10 percent for years. Unions, however, fear it strips hard-earned worker protections.

The government next week will outline new measures to handle Europe's migrant crisis, seeking a balance between helping refugees and controlling illegal immigration, Philippe said. The French government wants to reduce the asylum application procedure from 14 months now to 6 months and be able to deport those who are not granted asylum.

In an effort to keep fighting terrorists, France's military budget next year will increase spending on defense to 2 percent of GDP by 2025.

"We know what that means ... the progressive, continued disappearance of public services," she said.