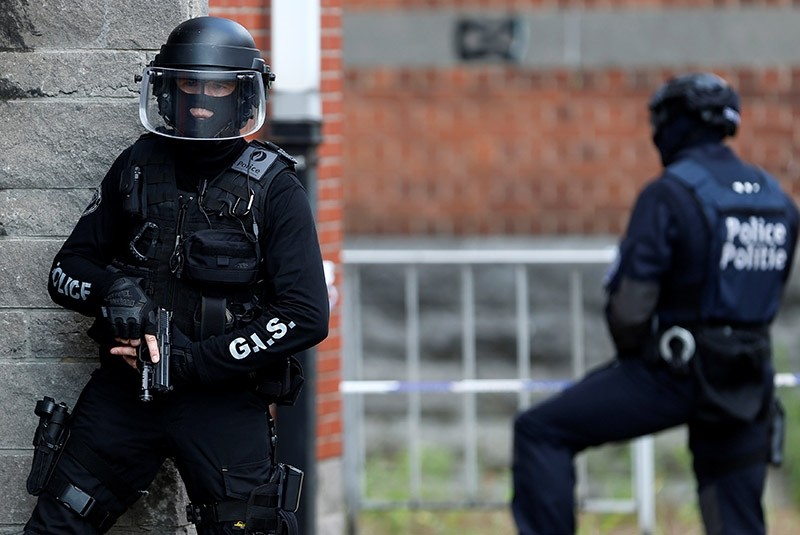 At least two of the four people arrested in Brussels terror raids overnight were suspected of planning an attack, a source close to the investigation said Wednesday.

The pair were brothers of Said Saouti, a member of the Kamikaze Bikers club who was jailed for six years in 2016 for belonging to a terrorist group, according to media reports confirmed by the source, who asked not to be named.

Separately, a joint Franco-Belgian operation picked up a man in northern France on suspicion of having links to the Kamikaze Riders, a notorious bikers club from around Brussels.

The series of raids in Brussels also turned up an arms cache which another source said included two Kalashnikov assault rifles.

Reports said explosives were discovered during the operation in the immigrant-heavy Anderlecht district but this was not confirmed.

Authorities were drawn to the Saouti brothers on suspicion that they had been radicalised and were planning an attack, which appeared to be borne out by the weapons found, according to reports.

There was no information on a possible target but the police decided not to wait any longer.

The raids come with Belgium and France still on high alert after several deadly attacks claimed by the Daesh terror group, with troops on patrol in Brussels and Paris to guard key buildings and infrastructure.

Only last month, a soldier shot dead a man who had attempted to set off a bomb in Central Station, right in the heart of the Belgian capital, sparking fears that further incidents might be in the offing.

Investigators said at the time they had evidence that the suspect, a 36-year-old Moroccan national, had Daesh sympathies.

They also found explosive materials in a raid on his home in Molenbeek, a Brussels district where many of the terrorists who carried out the deadly Paris attacks in November 2015 and those in the Belgian capital in March 2016, grew up and found shelter.

No link to Paris-Brussels probe

In an earlier statement on the overnight raids, the Belgian federal prosecutors' office said "various weapons" were found and that four people had been "arrested and taken in for questioning".

A prosecutors' spokesman said separately the raids were "directly linked" to members of the Kamikaze Riders, not to the investigation into the Paris and Brussels attacks.

In France, a source who asked not to be named, said a 42-year-old arrested in a suburb of the northern city of Lille was suspected of plotting a "violent action".

Several members of the Kamikaze Riders, formed in 2003 and known for testing the patience of the police, were suspected of links to foiled attacks in Brussels in late 2015.

In October 2016, two members of the group, including Said Saouti, were convicted of belonging to a terrorist group.

They were suspected of plotting an attack similar to the November 2015 carnage in Paris that left 130 people dead.

The killings rocked Belgium and caused consternation when it became clear that many of those involved had been known to the authorities for some time.

Several came from Molenbeek, home to a large Moroccan immigrant community, and had hidden there after the attacks before finally being tracked down by the police.