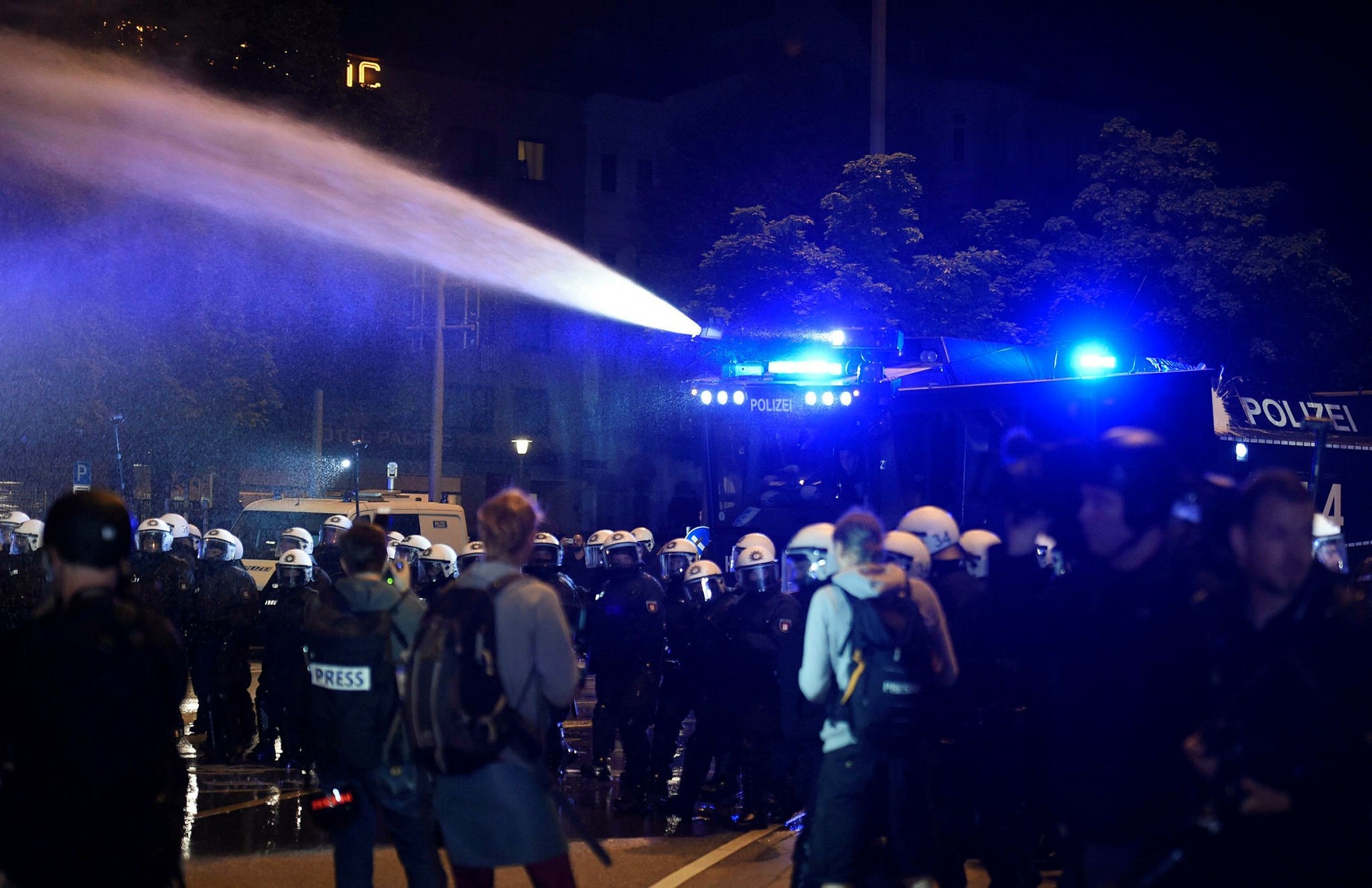 According to DPA reporters, the police used pepper spray or a similar "stimulant gas."

40 protesters had set up a camp with sleeping tents in the district. The activists had announced that they would set up their camps on "parks, squares, landmarks and junctions" if the police did not provide a central campsite.

Far-left and anti-capitalist protesters from across the European Union have congregated in Hamburg in order to protest the G20 meeting during the week.

Several protesters had set up camps in a local park that had been approved as an assembly point, but overnight camping was disallowed, prompting police to clear out the encampments.

Despite being warned by the police not to do so, about 600 people had set up tents in a local park that had been cleared for protest assembly but not for overnight encampment, which forced authorities to intervene, clearing out the encampment and using pepper spray.

Local residents are also reportedly not very amused at the fact that the G20, which causes major disruptions to daily life, is taking place in the city and not some remote location. With restriction of access to several areas, kilometers of barbed wire and some 15,000 police officers, life in Hamburg has yet again become quite dysfunctional.