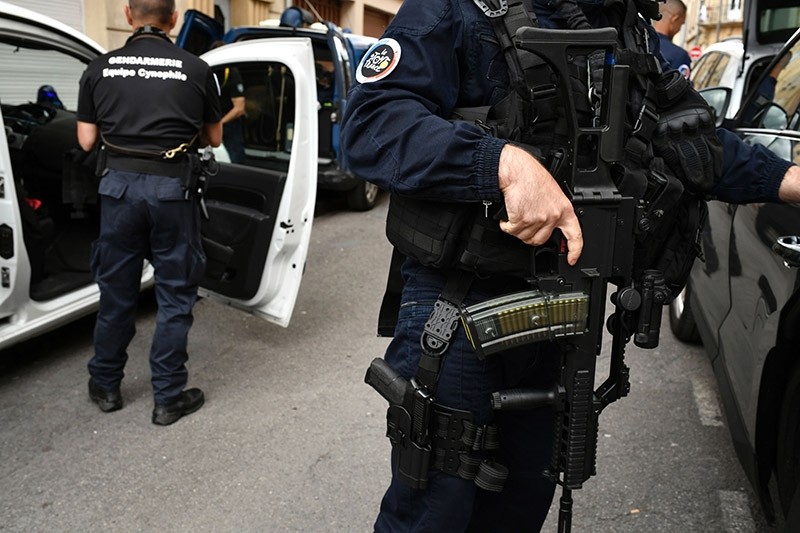 France is confiscating weapons from roughly 100 people on a watchlist of potential terrorists, the interior minister said on Thursday, two weeks after state prosecutors said an assailant inspired by Islamic State had been a gun-club member.

Minister Gerard Collomb was speaking ahead of a parliamentary vote to extend emergency search-and-arrest powers given to police after terrorists and suicide bombers killed 130 people in Paris in November 2015.

The issue of weapons came to light last month when public prosecutors confirmed that a 31-year-old man, who died after ramming his car into a police convoy in Paris, had joined a gun sports club to train as a terrorist.

He had built up a large weapons arsenal and renewed his gun permit, despite being on an intelligence services list of people who appear to have been radicalised and could commit attacks.

Prosecutors said the man had sworn allegiance to the Daesh terror group, whose bases in Syria and Iraq are being bombed by jets from a coalition of countries including France.

They say he appears to have been killed by the thick orange fumes that billowed out of his vehicle after he hit the police van on the Champs Elysees avenue.

The government of President Emmanuel Macron is proposing legislation to replace the system of emergency rule in November, including changes making it easier for officials vetting gun permit requests to cross-check against watchlists of would-be militants.

More than 230 people have been killed in France by terrorists in the past two and a half years.

In the most recent operation, police arrested a man in northern France this week and four more were arrested in Brussels in a Belgian-led counter-terrorism swoop.