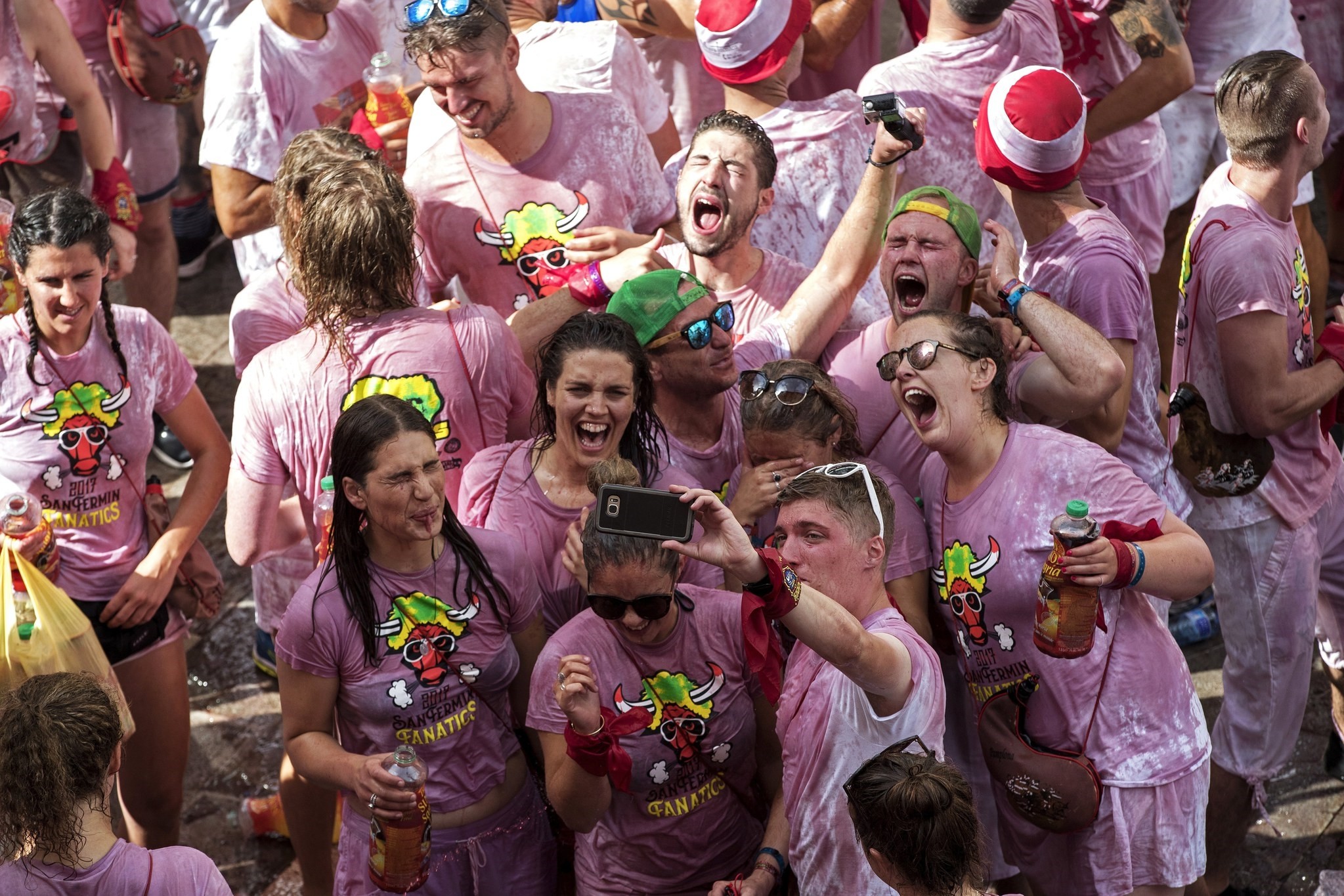 A wine-soaked sea of revellers dressed in red and white packed into a Pamplona square on Thursday to kick off Spain's most famous street party, the San Fermin bull-running festival.

At noon, a shout of "viva San Fermin!" from the balcony of city hall and the lighting of a firework rocket known as the "chupinazo" gave the official start to nine days of bedlam.

"It's the best, there are no words to explain this," Paula Remirez, one of two volunteers from local charity DYA Navarra who were elected to ignite the "chupinazo" this year, told public television TVE.

Fun-seekers from around the world squeezed into the square, dressed in traditional white outfits and red neck scarves.

They cheered, danced and sprayed each other with sangria and cheap wine, turning white shirts to pink, and passed large yellow inflatable balls over their heads as scores looked down from apartment balconies.

Pamplona has stepped up its campaign against cases of sexual assault at the festival after a 18-year-old woman was alleged to have been raped last year by five men from Seville, who also recorded the attack.

The men, who are in custody awaiting trial, include a recent graduate of Spain's Guardia Civil police force as well as a member of the armed forces.

Municipal officials have plastered the city with signs showing an open hand with the slogan: "Pamplona free of sexual aggressions".

"When a woman says no, it is no, When a woman is paralyzed and does not say anything, it is no," Laura Berro, the Pamplona city councillor in charge of equality issues, told TVE.

But the highlight is a bracing daily test of courage against a thundering pack of half-ton fighting bulls through the city's cobbled streets.

Each day at 8:00 am hundreds of people race with six bulls, charging along a winding, 848.6-meter (more than half a mile) course through narrow streets to the city's bull ring, where the animals are killed in a bullfight or 'corrida'.

The bravest -- or most foolhardy -- run as close as possible to the tips of the horns while trying to avoid being gored.

The first bull run, which traditionally draws the largest number of participants, is on Friday. 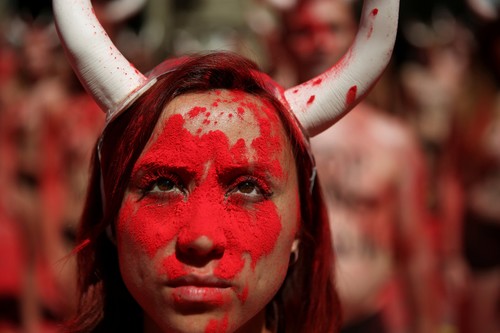 Fifteen people have been killed in the bull runs since modern day records started in 1911, the latest death occurring in 2009.

Most injuries are not caused by bull horns but by runners falling, or being knocked over or trampled by the animals.

Last year 87 people were injured during the festival's eight runs, including 12 who were gored by bulls.

About 100 semi-naked animal rights activists called for an end to bullfighting on Wednesday by throwing red powder into the air in central Pamplona ahead of the start of the fiesta.

Many wore plastic horns and wrote "Stop Bullfights" on their torsos in various languages.

The festival is taking place against a background of high tension across Europe, hit by a recent string of terror attacks, and 3,500 police have been mobilized for the event.

Concrete barriers to prevent vehicle access to festive areas and bag searches were also in place.