Nearly 200 German policemen injured while clashing with protesters at G20 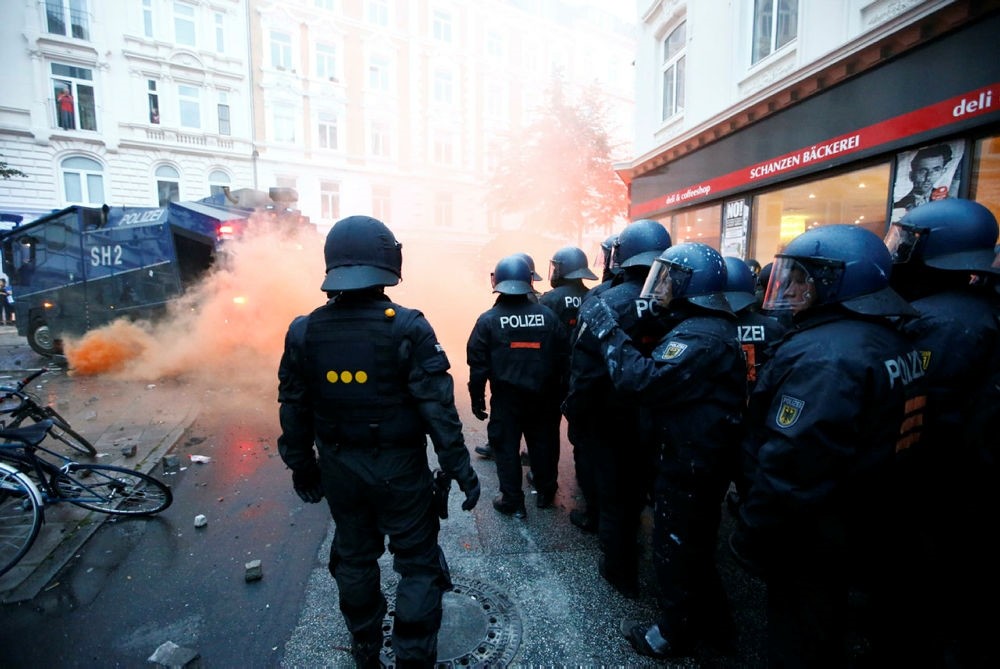 German police said 196 officers have been injured during two days of clashes with activists who are protesting the Group of 20 Summit in the German port city of Hamburg.

City officials did not provide a comparable figure for injured protesters. Hamburg's fire department said Friday that ambulances had transported 60 civilians to the city's hospitals, including 11 people who were severely injured when they fell off a wall after fleeing from riot police.

While most of the thousands of demonstrators convening for the G-20 were peaceful, some lit fires Friday night on streets in the city's Schanzenviertel neighborhood.

In the nearby St. Pauli district, thousands of people danced in the streets to techno and live hip-hop music as the international leaders of the G-20 nations listened to a classical concert at the city's philharmonic under heavy police protection.