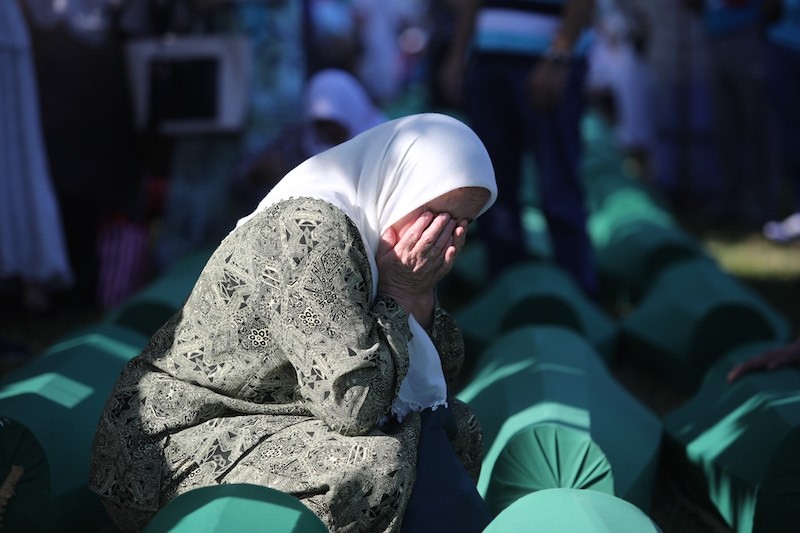 A total of 71 victims of the Srebrenica massacre were finally laid to rest Tuesday, marking the 22nd anniversary of the Europe's largest genocide since the Holocaust.

On July 11, 1995 more than 8,000 Bosnians, mostly men and boys, were slaughtered by Serbian troops under the command of General Ratko Mladić.

Over 20,000 people gathered to commemorate the victims and their families at the Srebrenica memorial site in Bosnia, with relatives of the victims shedding tears for the lost lives.

After a noon prayer victims, whose bodies were identified in the past year after being located in mass graves in forests and factories, were buried in the Potoçari Monument Cemetery.

The UN Secretary General Antonio Guterres expressed his condolences to families of the victims, and spoke to the failings of the UN peacekeepers, who were stationed in the region at the time.

He stressed that the international community, and the UN in particular, acknowledged responsibility for the tragedy in Srebrenista. He also noted that the UN had been working to learn lessons from its past failures.

"We must look 'honestly' at the past, acknowledge the crimes and the inaction that allowed them to occur and ensure that such atrocities are never repeated," Guterres said.

The International Court of Justice recognized the massacre in Srebrenica as a genocide in 2007.