Pan-European youth movement takes migrant crisis into its own hands 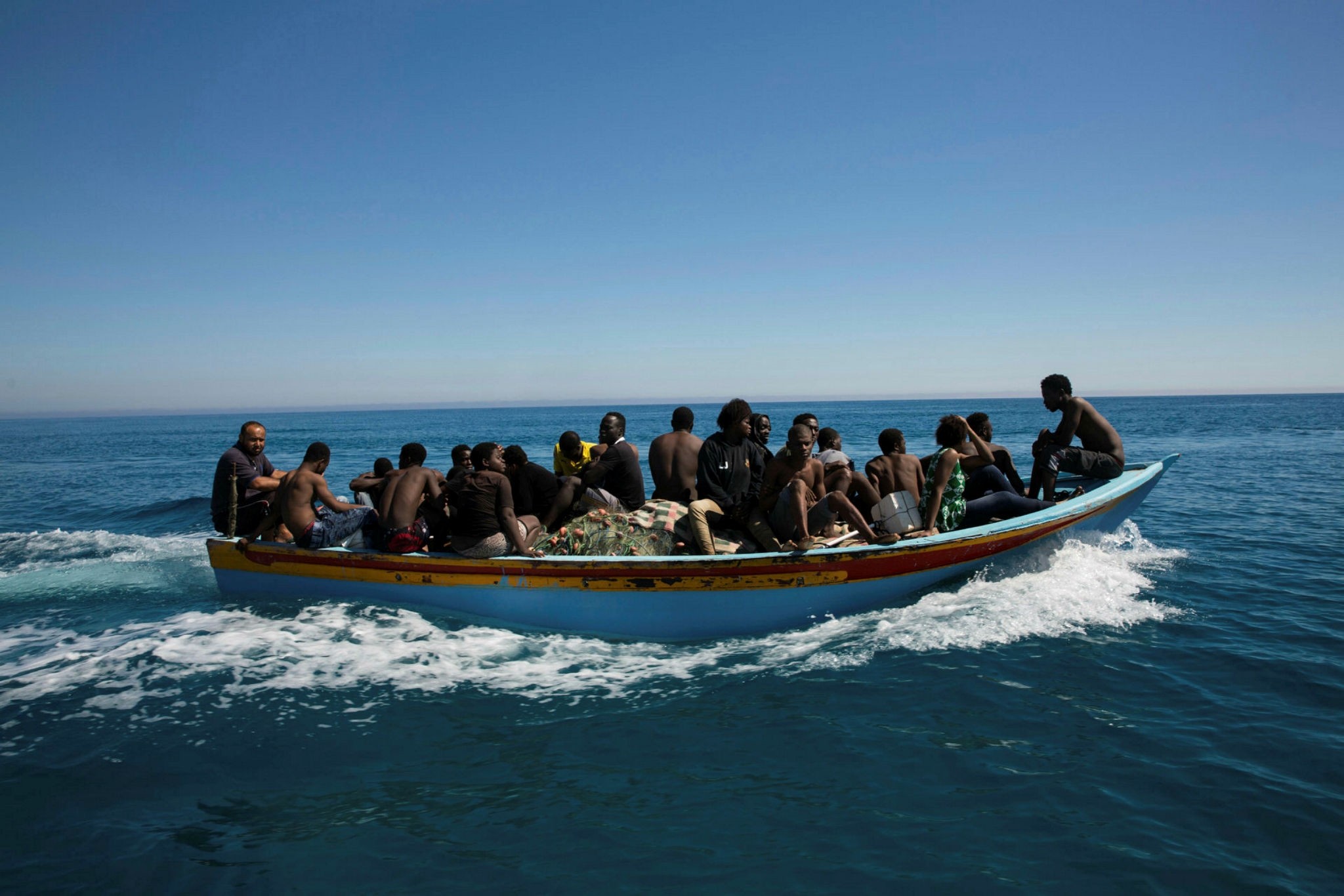 Génération Identitaire, accused of being racist, has raised over 100,000 euros to help end human trafficking in the Mediterranean Sea with rescue vessel

Génération Identitaire, Identitäre Bewegung or the Identitarian Movement/Generation is a pan-European activist youth movement, struggling "to preserve and maintain [European] culture and identity," according to Martin Sellner, one of the founders of the movement's Austrian branch.

The Identitarian Movement has long been accused by various media outlets – namely, online publications - that it actually wants to start sea battles with NGO ships and sink boats with immigrants still on them.In 2016, members of the Identitarian Movement in Austria and Germany were responsible for a number of public political stunts in the countries' respective capitals.

In Vienna, the movement's members scaled the city's famous Burgtheater while a pro-immigrant play was being performed inside, hanging a banner which read, "Heuchler" ("Hypocrites") before throwing leaflets from the roof a few days after a 21-year-old Austrian woman was gang-raped by three immigrant men from Afghanistan.

In another instance, activists covered the statue of the Austro-Hungarian Empress Maria Theresa, the last empress of the Habsburg Monarchy, with an Islamic niqab in an act of protest against the "Islamization of Europe."

In Berlin, activists scaled the Brandenburg Gate and hung a banner which read, "Sichere Grenze - Sichere Zukunft" ("Secure borders - Secure future") in full view of the crowd below.

Members of the Identitarian Movement consider the policies of European leaders in nations like France and Germany as indirectly damaging to the integrity of European culture, the direct result of the spike in terrorist attacks over the past two years, putting these activists in direct opposition to any and all proponents of non-European immigration.

The flag which represents the Identitarian Movement features yellow and black colors and the Greek letter Lambda, the symbol of King Leonidas who fought against the Persians in the Battle of Thermopylae in 480 B.C.

Now, the activists have managed to secure monetary support in the form of 100,000 euros, despite the fact that banks shut down their accounts across the continent. The money was subsequently raised via an American website in order to launch a search and rescue vessel into the Mediterranean Sea as part of the Defend Europe mission that aims to end human trafficking across the sea.

The vessel C-Star is expected to be deployed off the Libyan coast, like numerous other ships sponsored by non-governmental organizations (NGOs) that have not only rescued immigrants from the turbulent waters of the Mediterranean but have also landed along Libyan shores and picked up immigrants, primarily from sub-Saharan Africa, transporting them to Italy, a highly illegal action.

Members of the movement have several objectives for their mission.

Their first aim is to rescue anyone who is at peril at sea, returning them to their country of origin in accordance with maritime law. They also aim to oversee the movement of NGO ships in the Mediterranean and report their activity to the Libyan and Italian coast guards.

Another important part of their objective is to sink abandoned dinghies left behind by immigrants in the Mediterranean, to prevent these dinghies from potentially drifting back to the North African coastlines where they would likely be reused by human traffickers to smuggle people to Europe again.

According to Sellner, the C-Star vessel is equipped with powerful radars that will be used to track NGO ships violating Libyan national waters and smuggling immigrants directly from the coast.

"Nobody talks about this. The trafficking rings are making millions because of the NGO ships. The presence of NGO ships and fairing the migrants from the Libyan shore to Italy. […] We want to drain their resources by sinking the [abandoned] boats, which is also something that you're obliged to do according to maritime law."

Sellner says that "sea battles" is a laughable scenario.

"Of course we will not attack these [NGO] vessels. We will only be there to oversee the activities of these vessels and to contact the Libyan coast guard if we get an SOS signal, for example. We are obliged to go there and save people by handing out rescuing rings and insuring that they are not in danger. […] We will not engage in any sea battles or things of that nature. We only aim to see that NGO-sponsored vessels do not breach any maritime laws."