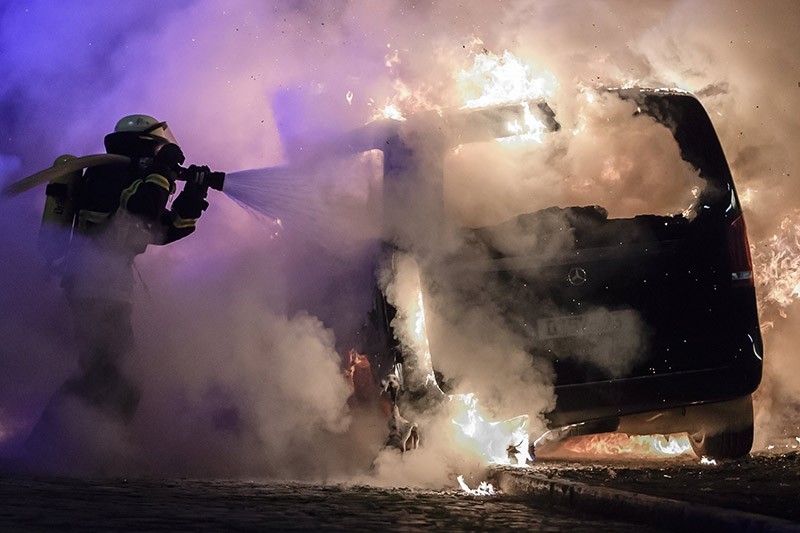 The German Insurance Association said in an initial estimate that insured damage totaled as much as 12 million euros, with damaged cars accounting for up to a third of that sum. It also includes damage to houses and companies.

On the eve of the summit, a fire at a luxury Porsche car dealership in the north of the city damaged eight vehicles. Porsche estimated the damage cost more than $1.3 million.

Chancellor Angela Merkel promised immediately after the summit to work with Hamburg authorities to help people affected by the riots. The federal and city governments have set up a "hardship fund."

An ugly street violence marred Germany's hosting of the G20 summit, which took place in northern city of Hamburg on June 7-8. Anti-globalization protesters set dozens of cars ablaze, looted shops and markets, hurled Molotov cocktails and stones, and destroyed public and private property they came across. Thousands of police officers, including heavily armed special forces, were deployed on the streets as the security forces failed to contain the violent demonstrators.

Overall, 476 officers suffered injuries ranging from cuts and firework burns to eye damage from laser pointers. Police said they had arrested 186 people and took 225 into custody.