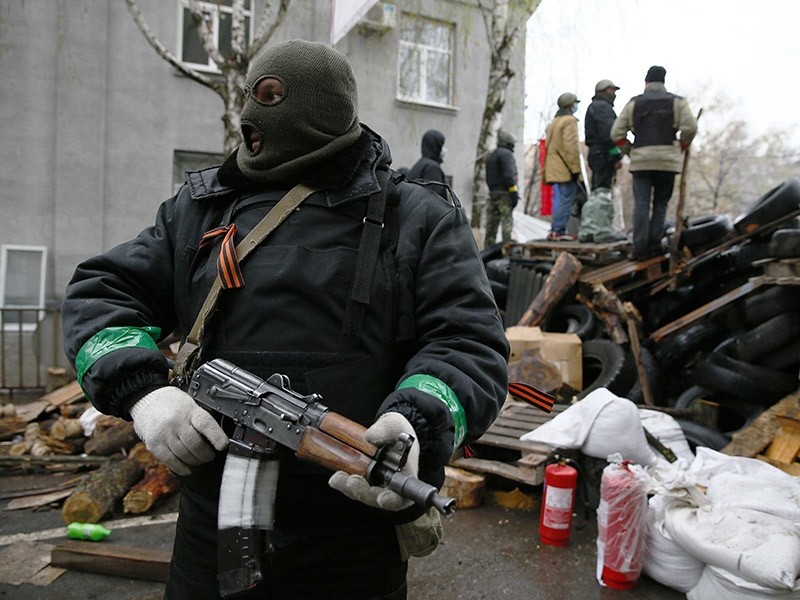 Separatists in eastern Ukraine on Tuesday proclaimed a new state that aspires to include not only the areas they control but also the rest of Ukraine.

"The government of Ukraine has proven itself to be a failed state," the separatists said in a declaration reported by the rebel-aligned Donetsk News Agency.

Ukraine has "demonstrated its current and future incapability of providing peace and prosperity to its residents," the declaration said.

The surprise announcement in the rebel stronghold of Donetsk casts further doubt on the 2015 cease-fire deal that was supposed to stop fighting in Ukraine's industrial heartland and bring those areas back into Kiev's fold while granting them wide autonomy.

More than 10,000 people have died in fighting after Russia-backed rebels took control of parts of Ukraine's east in April 2014 after Russia occupied Ukraine's Crimean peninsula. The rebels originally sought to join Russia but the Kremlin stopped short of annexing the area or publicizing its military support for the rebels.

The Donetsk News Agency quoted local leader Alexander Zakharchenko as saying that the rebels in Donetsk, Luhansk as well as representatives of other Ukrainian regions would form a state called Malorossiya, which translates as "Little Russia."

Zakharchenko said they are drawing up a constitution that would be put up to a popular vote later.

"We believe that the Ukrainian state as it was cannot be restored," Zakharchenko said in remarks carried by the Tass news agency. "We, representatives of the regions of the former Ukraine, excluding Crimea, proclaim the creation of a new state which is a successor to Ukraine."

Although separatists have no political representation in other Ukrainian regions.

The separatists also set a "course on joining the Union State of Russia and Belarus while maintaining independence and sovereignty," and hope that the EU would grant them a visa-free regime, which came into force for Ukraine in June.

Reacting to the announcement of a new state, Ukrainian President Petro Poroshenko said that, "Zakharchenko is not a political figure, but a puppet transmitting Kremlin messages."

"Project 'Novorossiya' was buried. Ukraine will restore sovereignty over Donbas and Crimea," Poroshenko said referring to the separatists' earlier initiative to establish a federal state in southeastern Ukraine, the name of which translates as "New Russia."

France, Germany, Ukraine and Russia worked out an agreement in the Belarusian capital Minsk in 2015 which laid out a roadmap for ending the conflict between government troops and separatists. Under the deal, the rebels and the Ukrainian government agreed that the rebels would return the control of the territories they had captured to Kiev while Kiev would allow a local election there and grant wide autonomy to the region. While the deal helped to reduce the intensity of fighting, none of the political components have been implemented.

There was no immediate comment from Russia, which has been supporting the rebels.