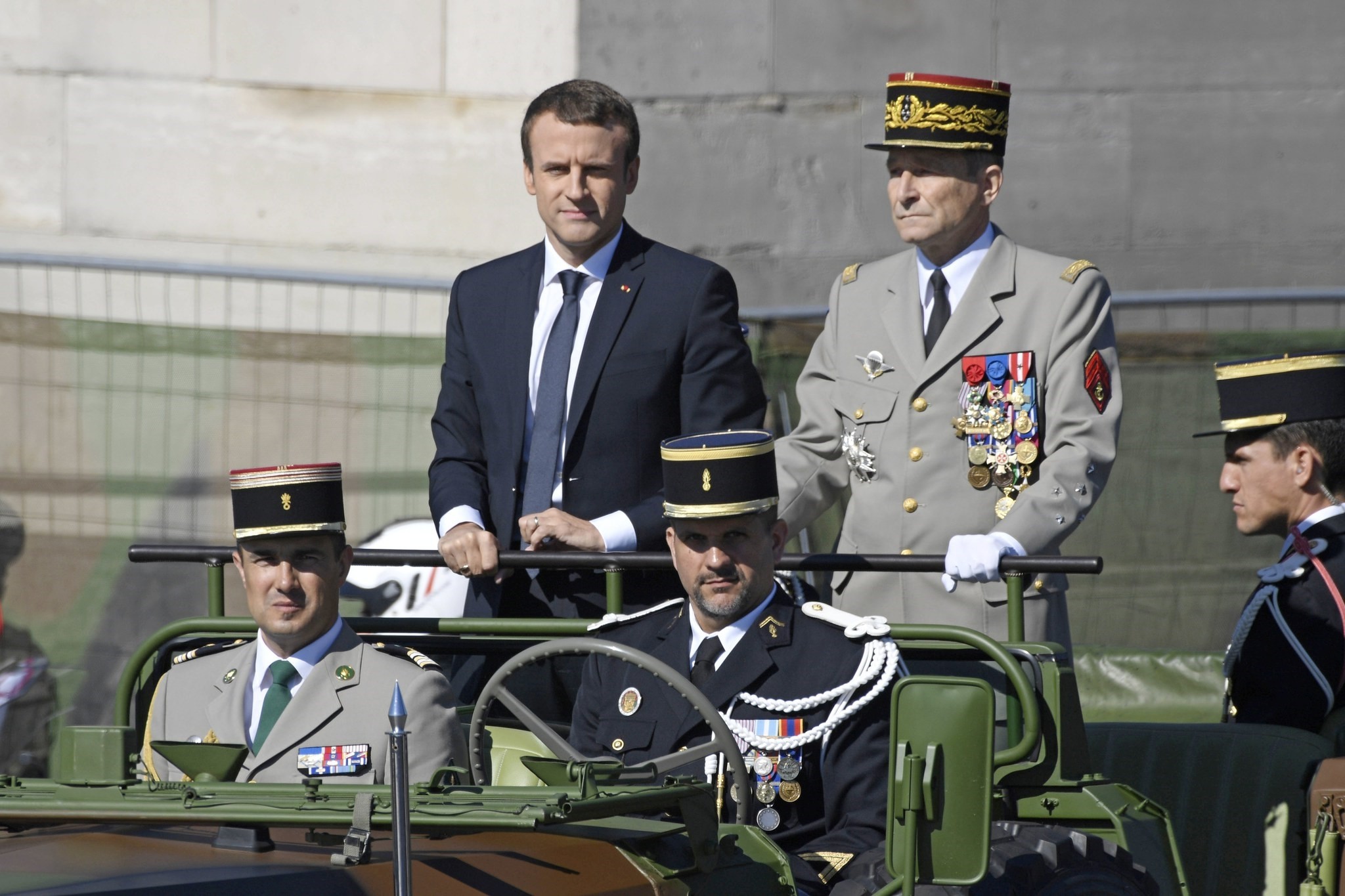 The power struggle between the French government and the army resulted in the resignation of the military chief, signaling a 'historic event' for the Fifth Republic

French leader Emmanuel Macron faced the biggest crisis of his young presidency following the resignation of the military chief that stemmed from the debate with the president over defense spending cuts.

The resignation of General Pierre de Villiers, formalized on July 19, is a historic event, French newspaper Le Monde reported. De Villiers, 61, is the first military chief to stand down in the history of the Fifth Republic, established in 1958.

De Villiers, head of the military since 2014, insisted that it was his "duty" to express his concerns about military resources amid the sustained threat of extremist attacks.

"I have always taken care ... to maintain a military model that guarantees the coherence between the threats that weigh on France and Europe, the missions of our armies that don't stop growing, and the necessary budget means to fulfill them," he said his resignation statement.

"I no longer consider myself in a position to ensure the durability of the military model that I believe in, to guarantee the protection of France and the French," he said.

The row has provoked a debate about whether Macron had humiliated his military chief or whether he had no choice but to exert his authority just two months into his presidency.

A fierce row broke out last week between the two men just two months after Macron was elected, and just as France prepared for the military pomp of a July 14 Bastille Day parade where Macron's U.S. counterpart Donald Trump was the guest of honor. De Villiers lashed out at new spending curbs during a closed-door parliamentary commission meeting last week, according to leaked reports. Macron then publicly upbraided him, saying, "It is not dignified to air certain debates in the public sphere. I made commitments [to budget cuts]. I am your boss." In a newspaper interview at the weekend, Macron added that if there was a difference of opinion, "it is the chief of the defense staff who will change his position."

A former head of the French air force, General Vincent Lanata, told L'Express news weekly on Friday he was "very shocked" by Macron's "rant" at De Villiers. The deep cuts to the defense budget have angered the military because Macron has shown his support for the army, navy and air force since he came to power in May. The cuts are part of 4.5 billion euros to public spending that Macron's centrist government has pledged.

Macron's own comments have elicited criticism, notably by those who accuse him of authoritarian tendencies after he overwhelmingly won election in May and saw his new centrist party dominate last month's parliamentary elections.

The resignation foreshadows the battles Macron will likely face as he tries to reduce the deficit and government spending and boost the stagnant economy. While Macron has promised to boost defense spending to 2 percent of GDP by 2025 as part of France's commitments to NATO, his budget minister last week announced limits on this year's military expenses as part of an overall spending squeeze.