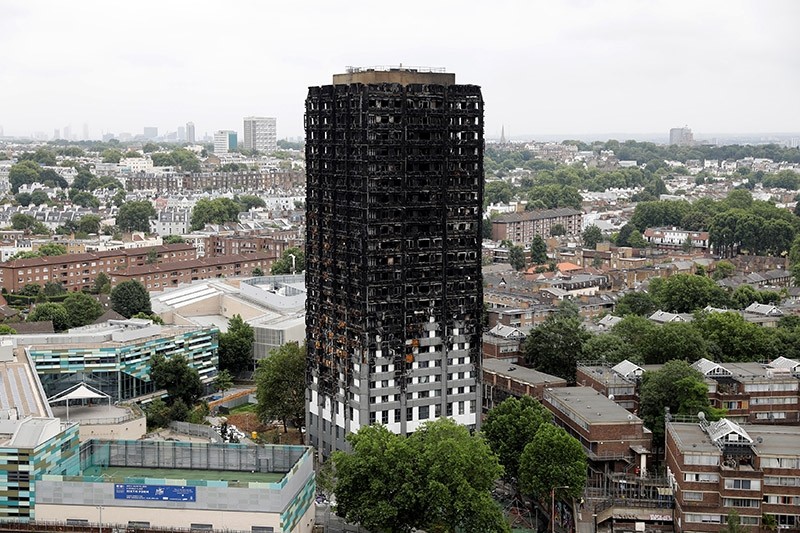 London police who are struggling to identify victims of the fire at the Grenfell Tower apartment building have sought help from experts with experience: those who worked on recovering victims following the Sept. 11 attacks in the U.S.

Metropolitan Police Deputy Commissioner Craig Mackey said Thursday the "extraordinary size" of the crime scene at the 24-story tower made it necessary to call upon experts who worked on the aftermath of the 2001 collapse of the World Trade Center in New York.

At least 80 people died in the June 14 tower blaze in West London. Some 200 UK officers have been sifting through debris on each of the building's 24 floors. The fire was sparked by a refrigerator in an apartment, but its exterior cladding has been blamed for the quick spread of the flames.

"This is one of the most complex recovery operations we've seen," Mackey told the London Assembly Police and Crime Committee. "The people we're taking advice from — which gives you an idea of the complexity — are some of the people who worked on 9/11 and the fall of the towers."

Mackey said Thursday that Scotland Yard called on their American counterparts because of their experience in a "comparable" operation.

Authorities expect to be at the Grenfell site until the end of the year.

"The role of disaster victim identification is actually something U.K. policing has built up a level of knowledge in over a number of years," Mackey said. "The only comparable advice we can find is from the challenge that was 9/11."