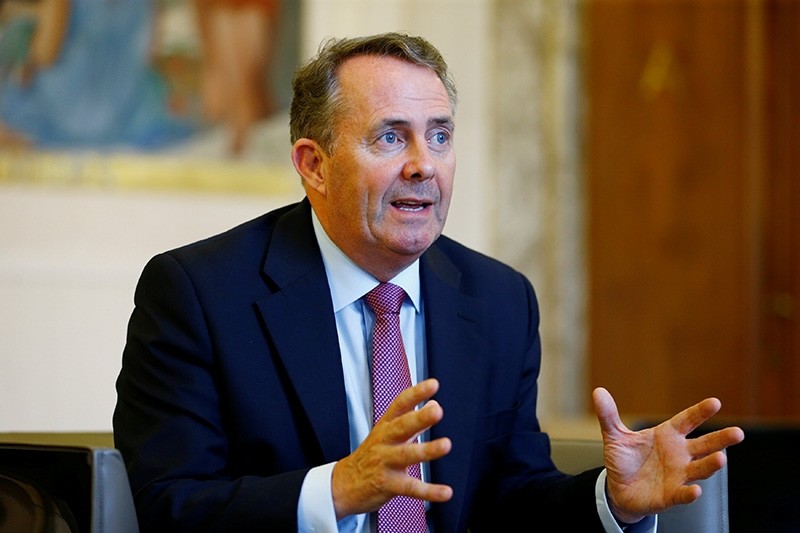 Britain's International Trade Secretary Liam Fox speaks during an interview with Reuters at the World Trade Organization (WTO) in Geneva (Reuters Photo)
by Jul 23, 2017 12:00 am

British trade minister Liam Fox said Sunday that he backed a transition agreement to smooth Britain's departure from the European Union, but it would have to come to an end before the next election due in 2022.

Speaking on the BBC's The Andrew Marr Show, Fox said a transition deal of two years, or slightly more or less, was necessary to make sure business can make investment decisions with certainty of Britain's future relationship with the EU.

"I want to leave the European Union at the end of March 2019. Now once we have done that, once we have fulfilled our promise to the British people, we can look to see what we are going to do in terms of making that a smooth transition," he said.

He said planning for a transitional period of 24 months "whether that's 23 whether that's 25 is not a huge deal" after waiting more than 40 years to leave the European Union, but it had to be limited in scope and Britain must know its terms.

"For example would we be able to negotiate our own trade agreements during that transition period? Because if we were not then we wouldn't be able to take full advantage of the freedoms available to us when we leave the European Union, so there's a discussion to be had."