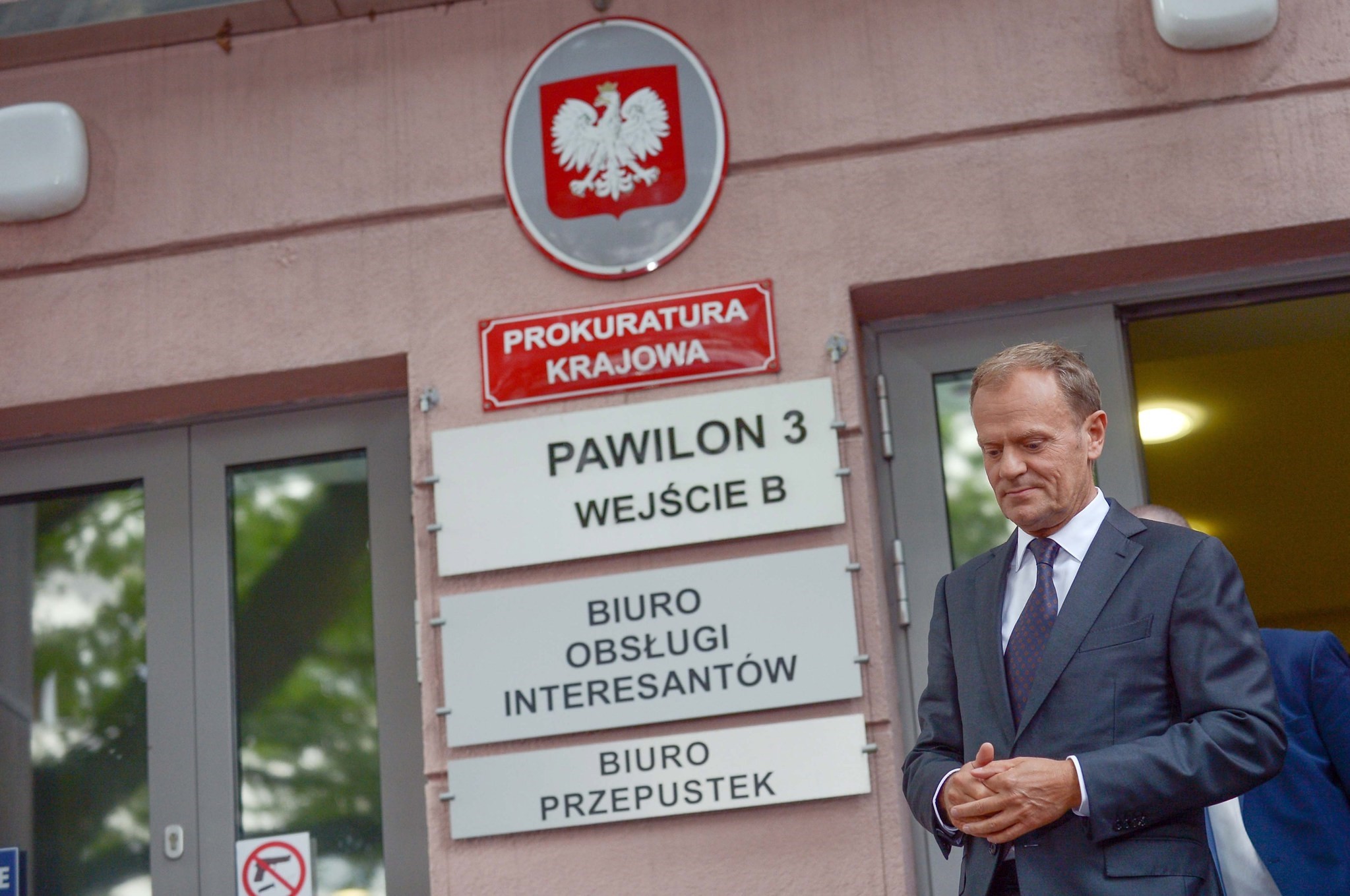 Donald Tusk (C) leaves the National Public Prosecutor's Office after having been questioned for eight hours over the 2010 presidential plane crash near Smolensk, in Warsaw, Poland, 03 August 2017. (EPA Photo)
by Associated Press Aug 03, 2017 12:00 am

Tusk's remark Thursday comes as the Euroskeptic ruling Law and Justice party is in open conflict with the EU over an attempted overhaul of the justice system the EU sees as undemocratic and extensive logging in Europe's last primeval forest. The government has been defiant on both matters, even refusing to adhere to a European Court of Justice ruling to stop the logging.

Tusk told reporters: "It seems to me like a prelude to an announcement that Poland does not need the European Union. I am afraid we are closer than further to that moment."

Tusk spoke on Thursday after being questioned by prosecutors in Warsaw.