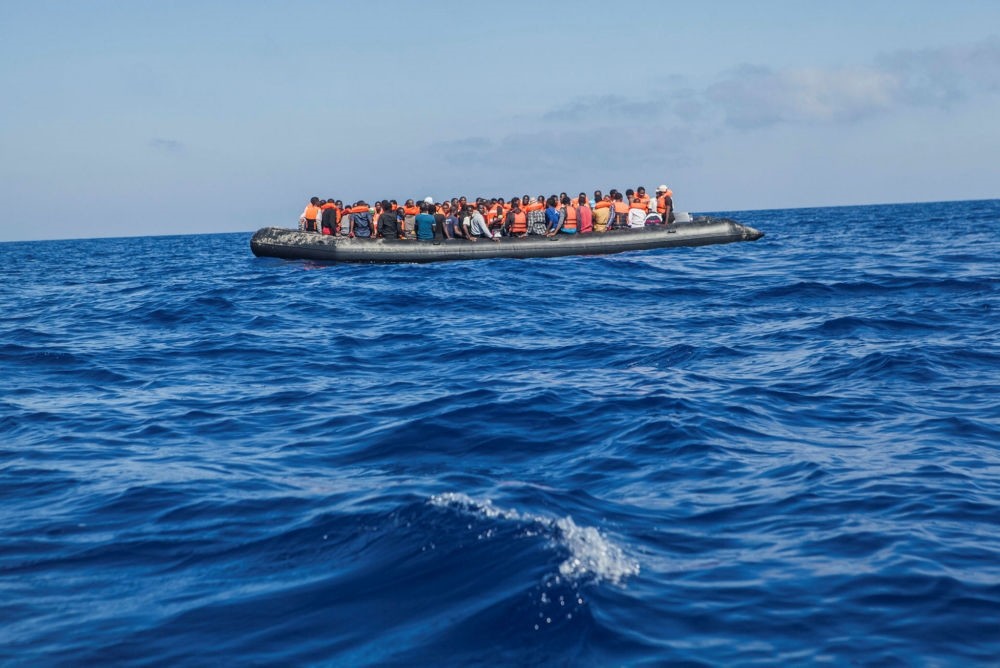 Italy began enforcing a controversial code of conduct for charity boats rescuing migrants in the Mediterranean. Lawmakers in Italy's lower house of parliament voted yesterday in favor of a new naval operation along the Libyan coast to combat migrant trafficking. A total of 328 out of 630 members of the Italian parliament voted for the move, which must now be approved by the Senate.

A boat operated by Germany's Jugend Rettet, one of several NGO's which have refused to sign the code, was intercepted off Lampedusa and escorted to the outlying Italian island for "routine checks", a coastguard spokesman told AFP. The organization said its boat, the Iuventa, had not been impounded and the crew had not been arrested, but could not immediately provide further details of the coastguard operation.

Officials believe boats being sent back to Libyan ports will have a powerful deterrent effect on would-be migrants considering paying traffickers for passage to Europe. But the approach has been criticized by international rights groups who say people returned to troubled Libya face detention in squalid camps and abuse at the hands of traffickers.

Only three of the nine NGO's operating search-and-rescue activities in waters off Libya have accepted the new rules, which Italian authorities say are necessary to ensure the boats are not effectively encouraging migrants to embark on the perilous crossing.

The NGOs have particularly objected to a requirement to allow an Italian police official to travel on each boat and a ban on moving rescued migrants from one aid vessel to another while still at sea, which they say could result in avoidable deaths.

Italy have threatened to close its ports to aid groups rescuing migrants off Libya's coast as it struggles to cope with the highest rate of rescues this year. Italy's ambassador to the EU, Maurizio Massari, raised the issue during a meeting with EU migration commissioner Dimitris Avramopoulos, as a half-dozen different ships offloaded some of the more than 10,000 migrants rescued in recent days.

"Italy is right that the situation is untenable along the Central Mediterranean route," Avramopoulos said in a statement, adding that other EU members concurred and that the bloc was ready to increase financial assistance to help Italy manage the flows.

Italy and its struggling economy, much like Spain and Greece, cannot sustain hundreds of thousands of people without help, be they illegal immigrants or refugees. In fact, there is no political nor popular will to keep the sub-Saharan Africans in the country, with polls showing that over 60 percent of Italians believing that immigration not only makes their country a worse place to live in, but also more dangerous.

Some 600,000 mostly African migrants have arrived in Italy from Libya since the start of 2014, putting the country's reception facilities under strain and the center-left government under pressure over the crisis. For most of this year the numbers of new arrivals have pointed to 2017 breaking all previous records. But July, normally a busy month, saw the trend reversed, suggesting various efforts to close down the Libya-Italy route to Europe could be having an impact. The Interior Ministry said 11,193 people had been registered at Italian ports in July, compared with 23,552 in July 2016.