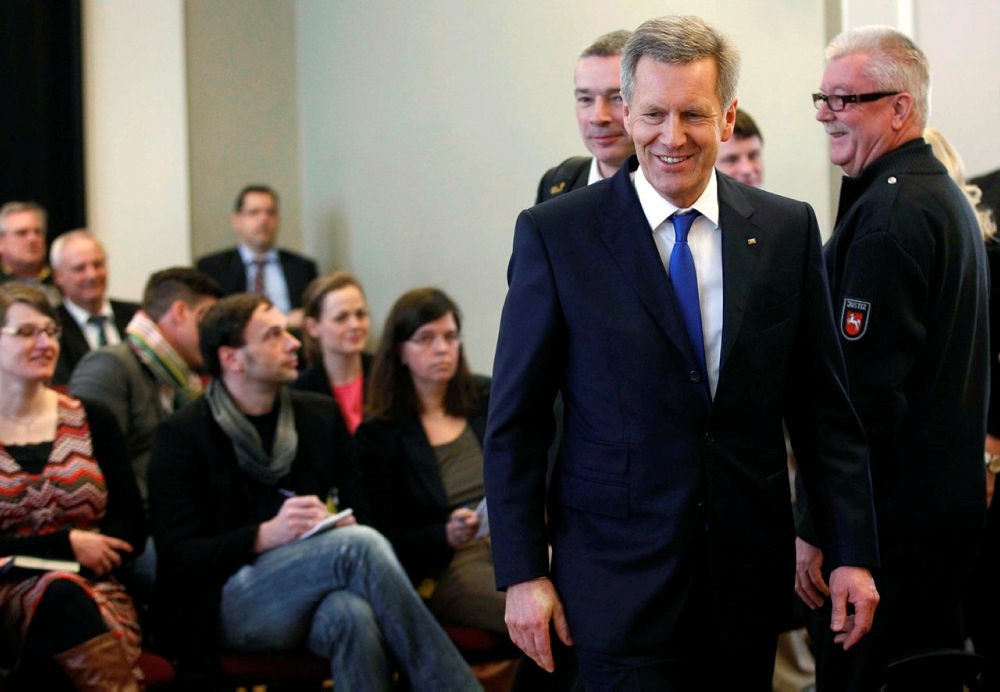 Former German President Christian Wulff arrives for his trial at the regional court in Hanover February 27, 2014. (Reuters Photo)
by Daily Sabah Aug 06, 2017 12:00 am

Germany's hard-left Linke said that it would submit a draft law to the German parliament to regulate income provided to former presidents after reports that ex-German President Christian Wulff was working for a Turkish textile firm, Yargıcı.

Sahra Wagenknecht, the leader of Linke, criticized Wulff for working with the company, saying his private income should be deducted from his annual 236 thousand euro salary as a former president.

Erik Schaap, the director of Yargıcı, said Wulff was the one who helped the company to start its business in Germany and that the former president had been legally accompanying the business since it entered the German market in early 2016.

Ralf Stegner, deputy head of the centre-left Social Democrats (SPD), also voiced his party's opposition to Wulff's occupation and told Bild am Sonntag magazine that former federal presidents should assume honorary offices rather than working in the private sector.

"The lifelong salary is granted, so that former heads of state are not compelled to earn anything," Stegner said.

Wulff resigned from the federal presidency in February 2012 after being stripped of his immunity following an accusation of influence peddling. He was later cleared.