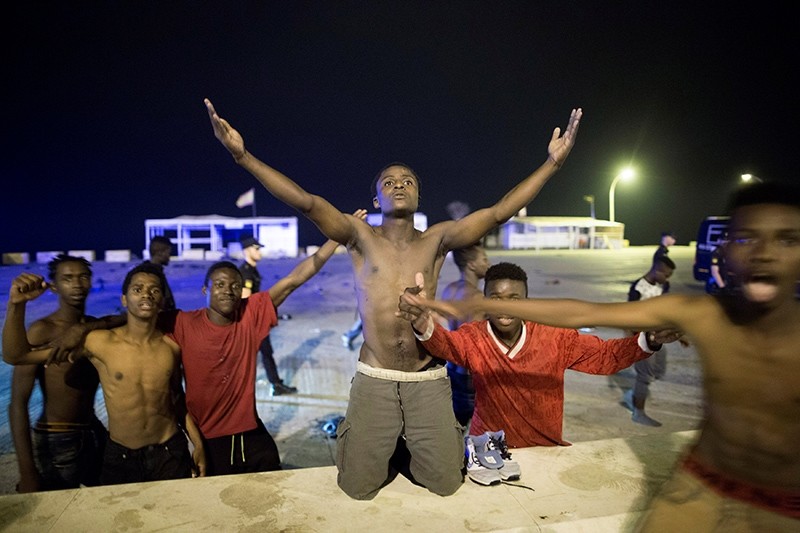 More than 180 migrants stormed a border post between Morocco and the Spanish territory of Ceuta on Monday, careering through with agents unable to stop them, authorities said.

"They entered at five in the morning running through," a spokesman for the central government's representative office in Ceuta told AFP, adding there were 187 people in total.

Footage of the incident broadcast on local television showed the migrants from sub-Saharan Africa sprinting over the border from the Moroccan side while it was still dark.

Once on Spanish soil, they celebrated, raising their hands in joy to the camera, one man kneeling on the floor.

Ceuta and Melilla, another Spanish territory on Morocco's northern border, have the EU's only land borders with Africa.

As a result, they are entry points for migrants desperate to get to Europe and who regularly try to climb the high border fences, swim along the coast or hide in vehicles crossing the frontier.

A police spokesman, however, said this type of border-crossing attempt, which is sprinting through manned posts, was very rare.

"It's been a long time since we've had any attempt of this kind here," he said.

The migrants who reached Ceuta were eventually rounded up and taken to a reception center, where they can apply for asylum in Spain.

Last week, about 200 migrants stormed the high border fence, with 73 managing to get through using wire cutters and mallets.