UK model freed after being kidnapped, crammed into suitcase, 'put up for sale' in Italy 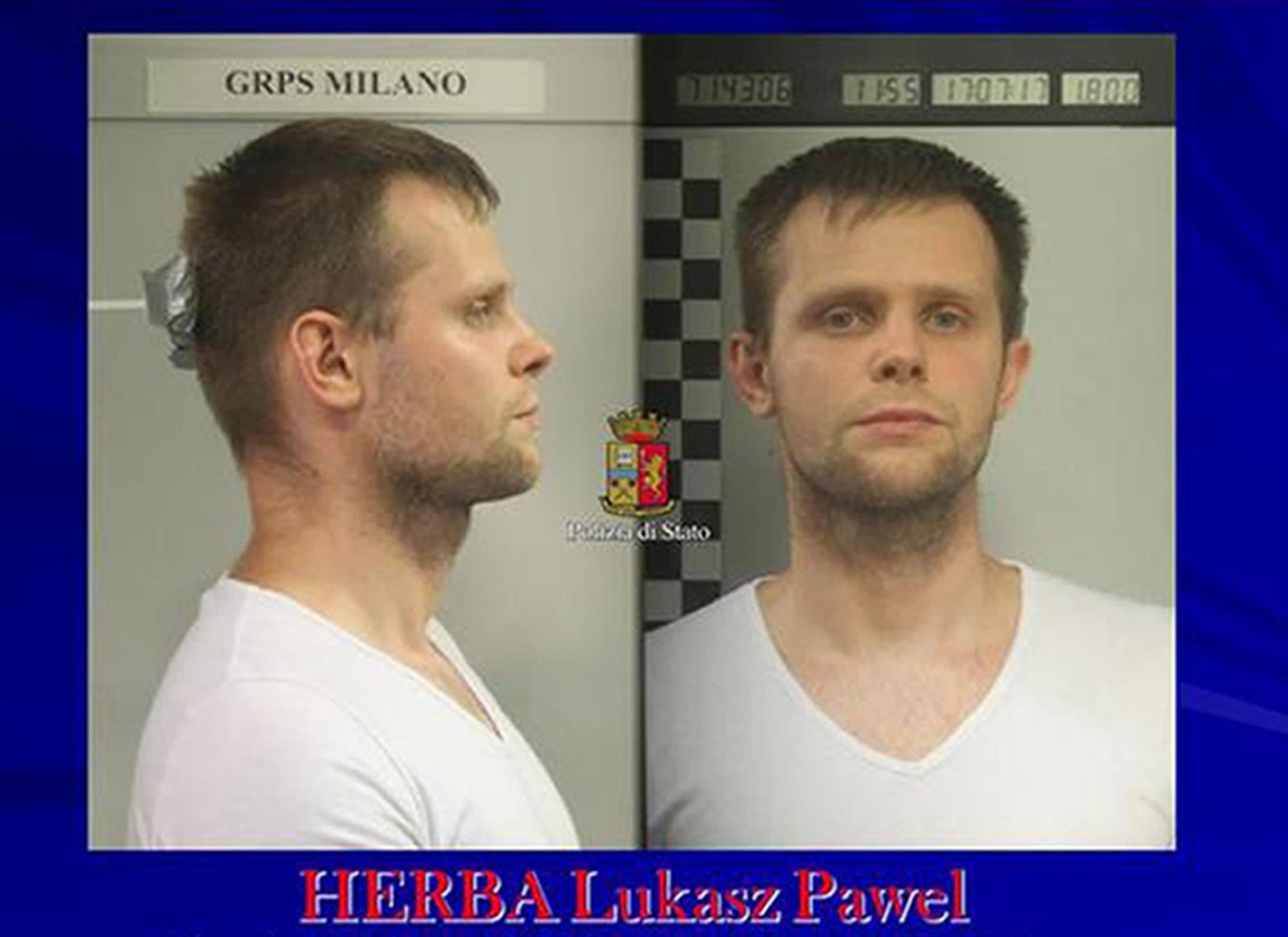 Photo released by police of a man identified as Lukasz Pawel Herba has been arrested in the alleged kidnapping of a young British model. (AP Photo)
by Associated Press
Aug 07, 2017 12:00 am

A British model who says she was lured to Milan and kidnapped by a man who allegedly threatened to auction her online is back in Britain and speaking to police after her "horrific ordeal," her agent said Monday.

Phil Green of Supermodel Agency said 20-year-old Chloe Ayling was undergoing "debriefing" with government officials and the police. Green asked the media to "respect the fact she does need some time alone."

Milan police said Ayling, whose work includes topless shoots for British tabloids, was abducted on July 11, then "drugged, handcuffed and closed inside a suitcase ... to be sold to the best offer on pornography sites."

Green said in a statement that Ayling was kidnapped "by a group calling themselves 'Black Death,' while she was attending a photo shoot at a recognized studio in the city center."

Police said that when she showed up for the appointment, Ayling was attacked, put in a suitcase, placed in the trunk of a car and driven to a rural house near Turin in northern Italy. In the house, "the model was kept handcuffed to a wooden dresser in a bedroom."

Police say Ayling was released and dropped off at the British consulate in Milan on July 17. The next day, police arrested Lukasz Pawel Herba, a Polish citizen living in Britain, in connection with the alleged abduction.

Police said they think Herba, 30, advertised the "sale" of the woman online, while at the same time demanding $300,000 ransom from her agent. Authorities said as far as they know, no ransom was paid.

Green said Italian police held Ayling's passport and wouldn't let her return to Britain until she gave evidence at a pre-trial hearing and visited the crime scene with detectives last week.

After flying back to the U.K. on Sunday, Ayling told reporters on the doorstep of her home in south London: "I've been through a terrifying experience. I've feared for my life, second by second, minute by minute, hour by hour."