Outrage in UK over ‘The Muslim Problem’ article in The Sun 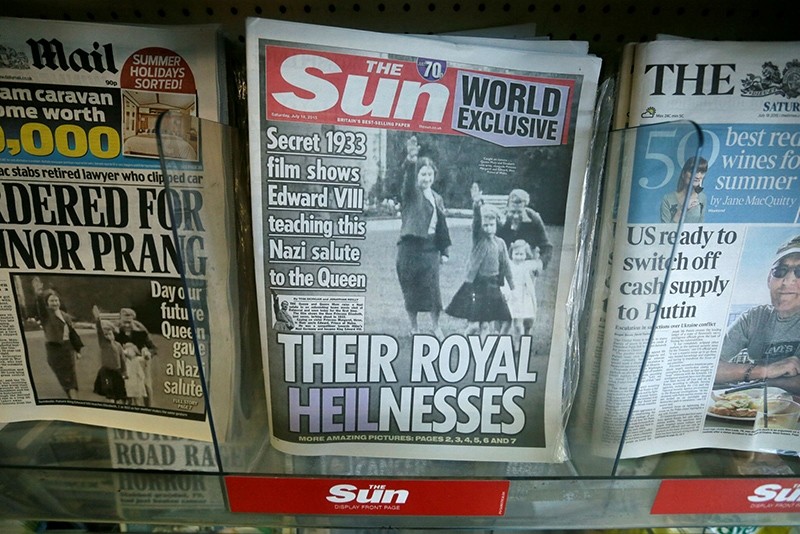 More than 100 British members of the parliament signed a letter Tuesday condemning an article in The Sun tabloid for using "Nazi-like terminology" regarding the U.K.'s Muslim community.

In the end of the column, writer Trevor Kavanagh asked readers: "What do we do about The Muslim Problem," which resembled the Nazi references to the "The Jewish Problem" in 20th century.

According to Kavanagh, Islam was the "one unspoken fear" that united the U.K. and Europe, but this fear was not articulated due to political correctness.

Lawmakers from every party in the House of Commons said in the letter that they "were truly outraged by the hate and bigotry" expressed in Kavanagh's piece, adding that they were shocked to see such Nazi-like terminology being used in the 21st century.

"We are sure that you are aware how media reporting about Islam and Muslims has created an atmosphere of hostility against Muslims and that hate crime against Muslims is on the rise," the letter, initiated by the Labour MP Naz Shah, said.

Shah started mobilizing MPs to sign the letter after the Board of Deputies of British Jews, Tell MAMA and Faith Matters organizations issued a joint complaint over the article to the British press regulator, the Independent Press Standards Organization (IPSO).

The Jewish and Muslim organizations argued that printing the words 'The Muslim Problem' with capitalization and italics for emphasis in a national newspaper "sets a dangerous precedent."

"[The title] harks back to the use of the phrase 'The Jewish Problem' in the last century, to which the Nazis responded with 'The Final Solution' – the Holocaust," the complaint said.

The MPs' letter also stated that Muslims currently face threats from far right and neo-Nazi groups in the U.K., and the article published by The Sun could "further stoke up hatred and hostility against Muslims."

Labor Party leader Jeremy Corbyn, who did not sign the letter but welcomed it, said that Kavanagh's article "incites Islamophobia and stigmatizes entire communities."

Meanwhile, The Sun rejected accusations of inciting Islamophobia, arguing that Kavanagh was "reflecting the links between immigration, religion and crime in the context of a trial of largely Pakistani sex gangs."

Muslims in the U.K. have been suffering from rising hate crimes in the country over the past several moths. Anti-Muslim hate crimes skyrocketed by more than 500 percent following the May 22 concert suicide bombing in Manchester, local police said.

Anti-Muslim hate crimes were already on the rise – by 186 percent – in April before the Manchester attack, which left 22 dead and dozens injured. This surge was prompted by the major terror attacks in Manchester and London, police said.