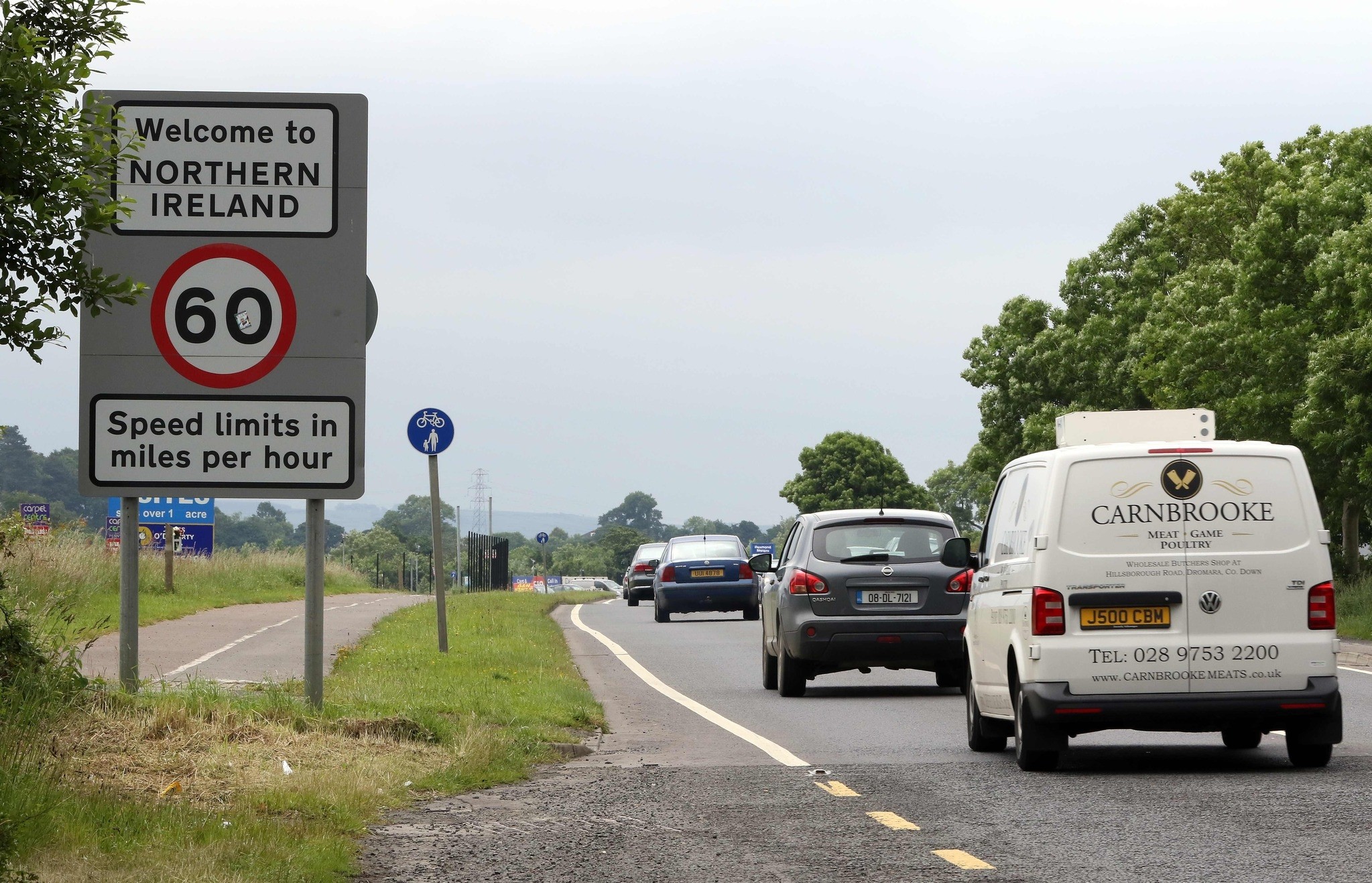 There must be no border posts between the U.K. and Ireland after Brexit, and European Union citizens will be able to enter Britain through EU member state Ireland without immigration checks, the British government said Wednesday.

Britain has vowed to end the free movement of people from the bloc after it leaves the EU in 2019, removing the automatic right of EU nationals to settle and work in the U.K.

But it made clear on Wednesday that EU citizens will still be able to travel freely from Ireland to Northern Ireland, and onward to other parts of the U.K.

Outlining proposals for the Ireland-Northern Ireland border — one of the most complex aspects of Brexit — the government said there should be no physical border posts or electronic checks. It also committed itself to maintaining the border-free Common Travel Area covering the U.K. and Ireland, which predates the establishment of the EU.

"There should be no physical border infrastructure of any kind on either side of the border between Northern Ireland and Ireland," Conservative British Prime Minister Theresa May said.

The right of EU citizens to live in any member state is one of the EU's key principles, and has allowed hundreds of thousands of Europeans to move to Britain and get jobs there, especially since the bloc expanded into eastern Europe more than a decade ago.

There are an estimated 3 million EU nationals living in Britain, and 1 million Britons residing in other parts of the bloc.

Many Britons who voted last year to leave the EU cited a desire to regain control of immigration as a key reason.

In a paper outlining proposals for the Irish border after Brexit, the British government insisted it will be able to control immigration through work permits or other measures, even though EU nationals will remain free to come and go.

It said "immigration controls are not, and never have been, solely about the ability to prevent and control entry at the U.K.'s physical border." Control of access to the labor market and social welfare are also "an integral part" of the immigration system, the paper added.

Northern Ireland is an especially thorny issue in Brexit talks, because it has the U.K.'s only land border with the EU, and because an open border has helped build the economic prosperity that underpins the peace process in Northern Ireland.

Since the 1998 Good Friday peace accord, British military checkpoints along the border have been dismantled, rendering it all but invisible. Thousands of people cross the 300-mile (500-kilometer) border every day.

Britain said it was determined that "nothing agreed as part of the U.K.'s exit in any way undermines" the Northern Ireland peace agreement.

The government's Department for Exiting the European Union acknowledged that "unprecedented" solutions would be needed to preserve the peace process and maintain the benefits of an open border after Britain leaves the EU, its single market in goods and services and its tariff-free customs union.

It suggested a future "customs partnership" between Britain and the EU could eliminate the need for checks on goods crossing the border.

For agricultural and food products, Britain said one option could be "regulatory equivalence," where the U.K. and EU agree to maintain the same standards. But it's unclear what that would mean for Britain's ability to trade with countries that do not always meet EU standards, such as the United States.

The Northern Ireland proposals came in a series of papers covering aspects of Brexit negotiations, which are due to resume in Brussels at the end of this month.

Irish Foreign Affairs Minister Simon Coveney said the document "brings some clarity and is certainly helpful to move this process forward." But, he said, "there are still significant questions that are unanswered."

European Commission spokeswoman Annika Breidthardt said Britain's position papers — which come after allegations from EU officials that the U.K. is underprepared for the EU divorce negotiations — are "a positive step."

"The clock is ticking and this will allow us to make progress," she said.