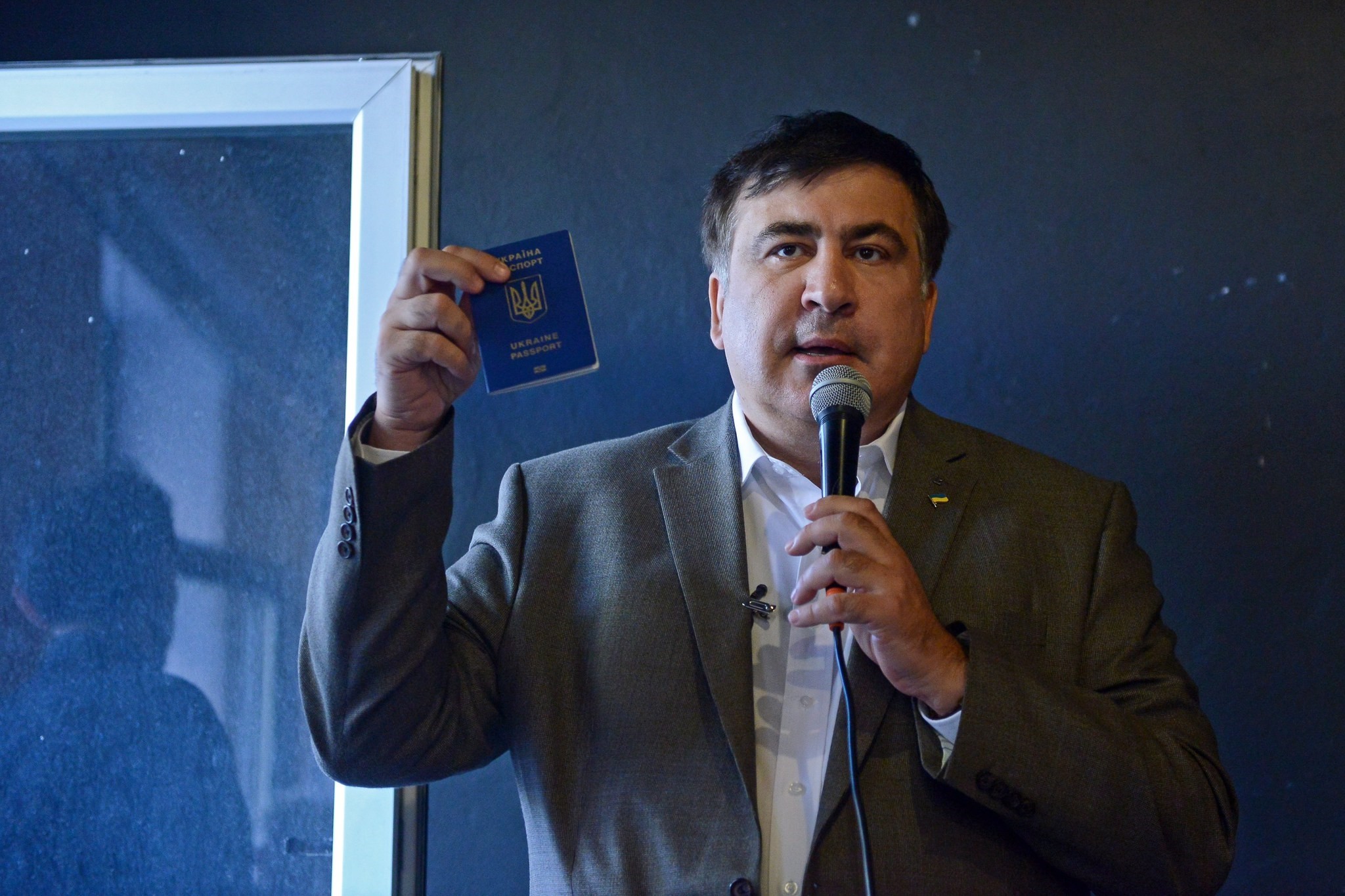 Saakashvili shows his Ukrainian passport during a meeting with Ukrainian citizens living in Poland at the Free Word Association in Warsaw, Poland, 06 August 2017. (EPA Photo)
by Aug 18, 2017 12:00 am

Georgia's exiled former president Mikheil Saakashvili, stripped of both his Georgian and Ukrainian citizenship, announced on Friday he would try to cross the border into Ukraine next month.

"I am returning to Ukraine," Saakashvili said in a video posted Friday on his official Facebook page. "I will arrive from Poland on September 10 through the Krakovets (Korczowa) border crossing."

His spokeswoman Natalia Semenova confirmed his plans to AFP via telephone.

Saakashvili, 49, moved to Ukraine in 2015 to work for the country's pro-Western authorities as governor of the key Odessa region on the Black Sea.

But he quit in November 2016 after a dramatic falling out with Ukraine's Petro Poroshenko when he accused high-ranking officials of blocking his efforts to tackle rampant corruption.

Poroshenko stripped Saakashvili of his Ukrainian citizenship in late July, paving the way for his possible extradition to Georgia where he is wanted on multiple charges.

He insists the charges are politically motivated revenge masterminded by his billionaire foe Bidzina Ivanishvili, currently seen as the power behind the scenes of Georgia's government.

Saakashvili is known as a harsh critic of the Kremlin and for sweeping pro-Western reforms in his native Georgia, which he led from 2004 to 2013.

But he is currently wanted in his homeland for alleged abuse of power during his tumultuous nine years as president that saw him fight and lose a brief war against Russia in 2008.

He lost his Georgian citizenship when he was granted a Ukrainian passport in 2015, as the country bans dual citizenship.

It is not clear which travel papers Saakashvili used to travel to Poland earlier this month, but Poroshenko's decision to strip him of his citizenship effectively leaves him stateless.