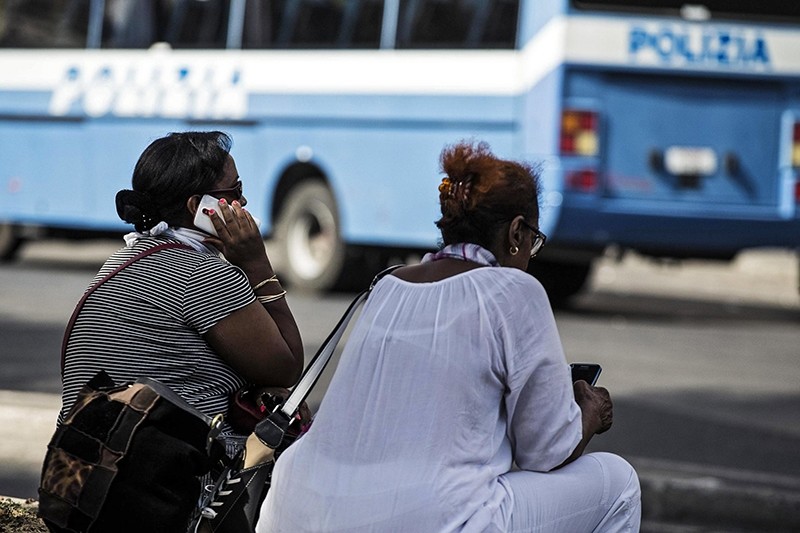 Two women sit outside the building that was occupied by migrants and refugees waiting for a residency permit, at Piazza dell'Indipendenza squre in Rome, Italy, 19 August 2017 (EPA Photo)
by Aug 20, 2017 12:00 am

Nearly 1,000 migrants, many of them refugees from Eritrea and Ethiopia, have been evicted from a squatted building in Rome, forcing several of them to sleep rough in the street.

Several hundred officers cleared the building near Termini central station on Saturday, taking the squatters to police headquarters for identification.

The premises had been occupied since October 2013, but in 2015 a judge had ordered the eviction of the squatters. The former office building, built in the 1950s, is listed and has been bought for redevelopment by a real estate fund.

Journalists and rights activists documented that several women, including a couple who were pregnant, and children, were among those chased away from the building.

Rome municipality said the most vulnerable people would be offered alternative accommodation, and women with children were temporarily let back into the building.

In a statement, police said the owners of the building would pay to relocate the migrants but they issued a denial in a later statement.

In the end, dozens of evicted people spent the night between Saturday and Sunday on the square outside their former home, surrounded by suitcases.

The eviction was criticized by Amnesty International, the UN Refugee Agency UNHCR and Luigi Manconi, chairman of the Human Rights Committee of the Italian Senate, and applauded by many politicians.

"We have to continue down this road, enforcing the law and no longer allowing anyone to occupy public or private buildings," Senator Stefano Pedica of the center-left Democratic Party said, while calling for the migrants to be moved to "more decent" premises.