Death toll in Barcelona attacks rises to 15, all victims identified 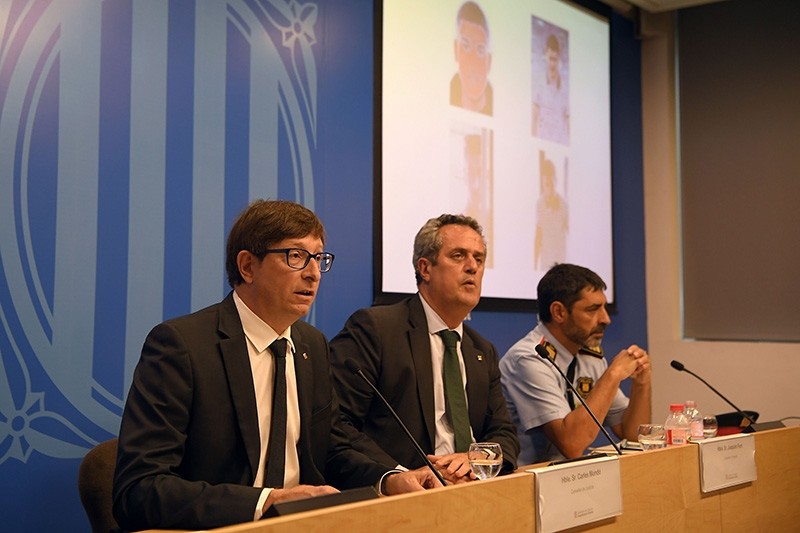 The death toll in Spain's terror attacks has risen to 15, Catalonia's regional minister Joaquim Forn said Monday, as a man found stabbed dead in a car outside Barcelona was linked to the case.

"We are raising the number of victims from 14 to 15 to include the victim in the vehicle found in Sant Just," he told journalists.

The victim was identified as Pau Perez, a Spaniard from Vilafranca del Penedes, some 65 kilometers (40 miles) from Barcelona.

He was found fatally stabbed in a Ford Focus that had forced a police checkpoint Thursday just after a van plowed through crowds in Barcelona's Las Ramblas boulevard, killing 13 people.

Police had fired at the car when it forced the checkpoint, injuring an officer, and initially thought the man they found in the car had been killed by the gunfire. An investigation later revealed he had been stabbed.

On Monday, Forn said the incident was linked to the Barcelona car-ramming attack. Police believe Perez was stabbed by Younes Abouyaaqoub, the alleged van driver.

He managed to flee the scene of the carnage on foot, and is thought to have killed Perez to grab his car and escape the city. He is still on the run and police Europe-wide are hunting for him.

In the same press conference, Catalan Justice Minister Carles Mundo said that the fatalities are eight males, including two minors, and seven women.

"They have all been identified and their families have been notified," he said.

The 15 comprise six Spanish nationals, three Italians, two Portuguese, a Belgian, a Canadian, an American and a British-Australian, he added.