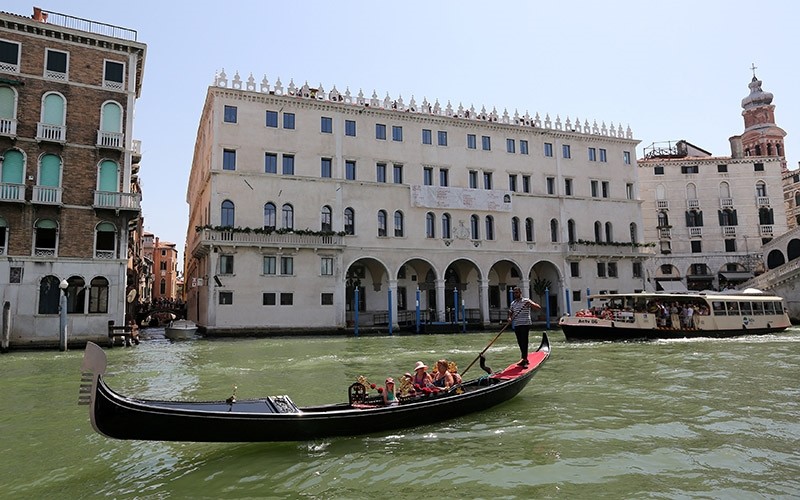 The mayor of Venice said during a terrorism conference in Italy's Rimini that anyone who shouts "Allahu akbar" would be gunned down, getting supporting applause by other delegates.

"If someone shouts Allahu akbar while running through St. Mark's Square, we'll shoot them," Brugnaro said. "A year ago, I said [they'd be shot] after four steps, now I'm saying it would happen after three."

Brugnaro underlined that Venice needed to increase its security in the fight against terrorism, adding that "four would-be terrorists" who are believed to have the intentions to blow up the Rialto bridge, were arrested a few months ago.

''They said they wanted to go and meet Allah so we will send them straight to Allah without having to throw them off the bridge, we will just shoot them.''

After the debate was over, Brugnaro was surprised by his Florentine counterpart Nardella who approached him yelling "Allahu akbar," which was met with amusement.

The bizarre encounter was caught on camera and later widely disseminated by the Italian media, triggering mixed reactions.

Most media outlets interpreted the joke to be in "poor taste," considering the latest deadly terrorist attacks in Spain.

Florence Mayor Dario Nardella issued an apology for his attitude at the conference on his official Facebook page.

"I'm sorry for certain remarks which were caught on video and published online," the post read.

"It was not my intention to offend anybody, least of all the Muslim community. I did not intend to joke about their religion, nor evoke the tragic events of recent days."

Italy has been one of the few European countries not targeted by terrorist attacks in recent years.

Muslim groups have reported a surge in Islamophobic hate incidents throughout Europe after terror attacks that targeted France, Belgium, Germany and most recently Spain.