Hungary recalls Dutch envoy after being compared to ‘terrorists’ 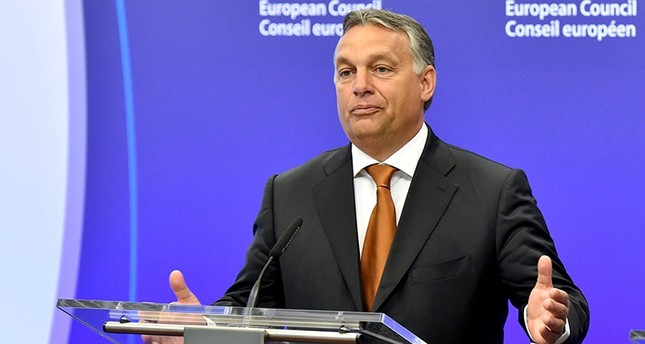 Budapest has recalled its ambassador in The Hague after the Dutch envoy to Hungary accused Prime Minister Viktor Orban's government of using tactics similar to terrorists, state media reported Friday.

The controversial remarks drew the wrath of Hungarian Foreign Minister Peter Szijjarto who said Friday he had asked the The Hague for an explanation for "these baseless insults".

"We will not accept an explanation behind closed doors," he said.

Scheltema said that like terrorists who blindly carry out attacks, Orban fails to draw distinctions in the migrant crisis by painting all asylum seekers as potential "terrorists".

"Those who turn to religious fanaticism... create enemies in the same fashion as the Hungarian government," Scheltema said.

The interview was published in Hungarian, though it is not clear what language it was conducted in.

"For me, it's clear there is no link between terrorism and the actions of the Hungarian government," he told Dutch news agency ANP on Friday.

"I can't imagine that this is what the ambassador had wanted to say," he added.

However, The Hague said that Dutch criticism of Hungary's rights record and crackdown on civil society groups was "justified".

At the height of the migrant crisis in 2015, more than 400,000 people, many fleeing the Syrian civil war, passed through European Union member Hungary on their way to western and northern Europe.

Right-wing leader Orban, a strong admirer of U.S. President Donald Trump, has repeatedly clashed with Brussels over his hardline stance on immigration, which he describes as the "Trojan horse of terrorism".

Share on Facebook Share on Twitter
Previous in Europe Russian investigators say a bus with construction workers has driven... Next in Europe This week's cover of a popular German news magazine depicting U.S....
DAILY SABAH RECOMMENDS