Contaminated eggs discovered in 40 countries ahead of EU meeting 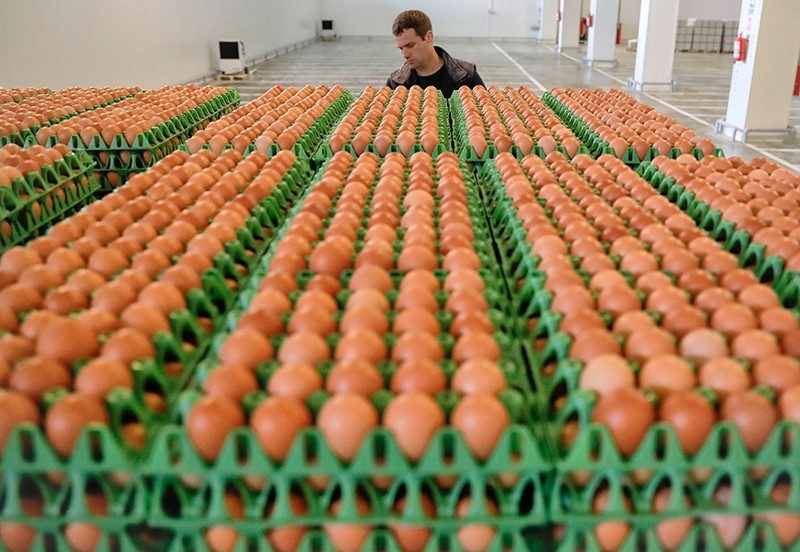 Eggs contaminated with the insecticide fipronil have been discovered in 40 countries, including 24 of the European Union's 28 member states, a report said Tuesday.

Millions of eggs have been pulled from European supermarket shelves, though some national regulators have voiced concern that many contaminated eggs have already entered the food chain, mainly through processed products such as biscuits, cakes and salads.

EU agriculture ministers meeting in Tallinn, Estonia, are due to discuss the egg scandal on Tuesday.

DPA said a spokeswoman for the European Commission confirmed that the only EU member states so far unaffected are Lithuania, Portugal, Cyprus and Croatia.

The non-EU states in which contaminated eggs have been discovered include the United States, Russia and South Africa.

Dutch and Belgian authorities traced the source of the insecticide to a supplier of cleaning products in the Netherlands. Two Dutch men who ran the cleaning company Chickfriend were arrested last month.

Fipronil is a common ingredient in veterinary products for getting rid of fleas, lice and ticks in animals. It is banned from use on animals destined for human consumption. It can cause damage to the liver, thyroid glands and kidneys if consumed in large quantities.

Low levels of fipronil were discovered in eggs after the insecticide was apparently used to clean chicken pens.

The egg contamination scare has led to huge numbers of potentially tainted eggs to be withdrawn and destroyed as a precaution.