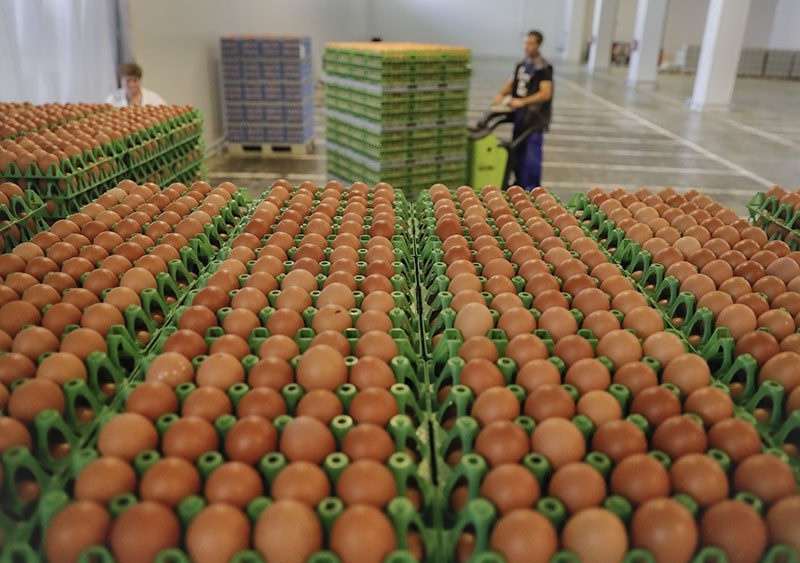 A scandal involving eggs tainted by the insecticide fipronil has spread to 45 countries worldwide, including 19 beyond the European Union where the scare began, a top EU official said Tuesday.

"The impact of the illegal use of this product has reached an EU-wide dimension with today hundreds of farms blocked for production, 26 (EU) member states and 19 third countries involved," European health commissioner Vytenis Andriukaitis told a press conference in Tallinn.

The figure has increased from the 35 countries reported last week, with millions of eggs pulled from supermarket shelves to limit the risk from a product that can harm human health in high doses.

The only two of the 28 EU countries not hit by the scare are Croatia and Lithuania, said a spokesman for the European Commission, the EU executive.

Debate on the tainted eggs was added to the agenda of a meeting of EU agriculture and fisheries ministers meeting in Tallinn, which currently holds the rotating six-month EU presidency.

Andriukaitis also told reporters that experts would travel to the "most affected countries" of Belgium, the Netherlands, Germany and France in late September or October to "establish the facts" behind a scandal that erupted publicly on August 1.

EU ministers are scheduled also to meet in Brussels on September 26 to discuss how to improve food safety and prevent fraud in light of the scandal, the commissioner said.

The European Commission said last week that the illegal use of fipronil started as far back as September 2016.

The problem is believed to stem from a substance used by a Dutch company, Chickfriend, which farmers in the Netherlands and Belgium say they hired to treat their chickens.

Two Chickfriend managers are being held in the Netherlands on suspicion of endangering public health by using fipronil at Dutch poultry farms.

The fraud was mainly practiced in the Netherlands and Belgium. The discovery sparked a row between the countries and Germany over how long officials knew about the problem.

Belgium became the first country to officially notify the EU's food safety alert system on July 20, but the news did not go public until August 1.

The EU insists there is no threat to humans, but the World Health Organization says that when eaten in large quantities fipronil can harm people's kidneys, liver and thyroid glands.