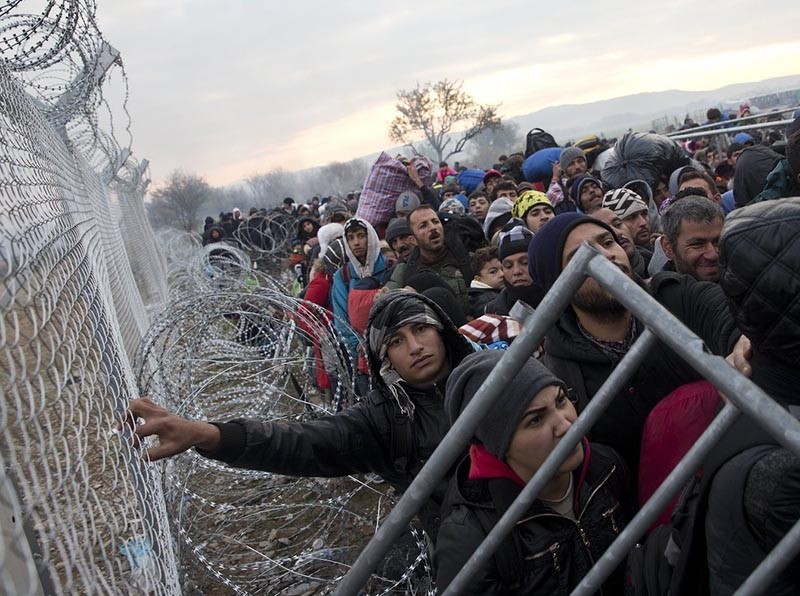 Migrants and refugees wait along the wire fence that separates the Greek side from the Macedonian one, in their effort to cross into Macedonia at the northern Greek border station of Idomeni, Friday, Dec. 4, 2015 (AP Photo)
by Associated Press Sep 06, 2017 12:00 am

Their union said they have not been paid for two or three months. A statement said several employees living in rented accommodation face the threat of eviction, having fallen behind in their rent payments.

Together with the strike, the union was planning a protest in central Athens on Thursday.

The government promised Wednesday to pay the workers "within the next two days."

The Migration Ministry said that the "significant" delays were due to "technical bureaucratic difficulties, which, we would like to believe, will not emerge again."

Greece's asylum service faces a huge workload due to the increase in applications from refugees and migrants over the past year.

Although arrival numbers have decreased, last year's agreement between the European Union and Turkey to limit illegal immigration has led most refugees and migrants coming from Turkey to seek asylum in Greece.