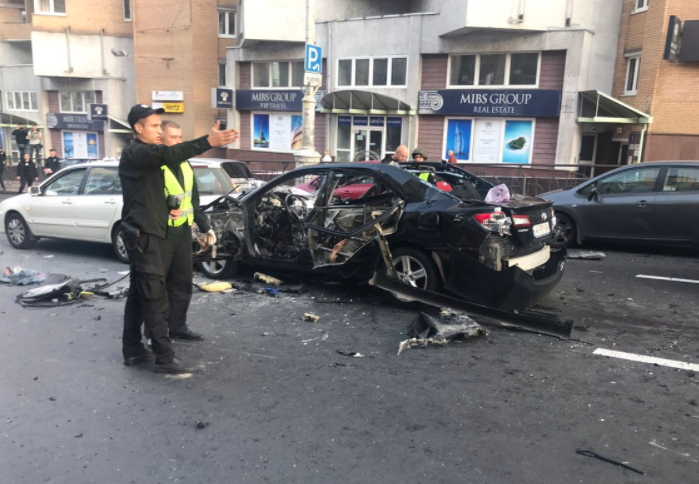 A man who reportedly fought against separatist forces in Ukraine was killed Friday when his car was bombed in central Kiev, local police said.

A woman and young child sitting in the car at the time were also injured. The man was a citizen of Georgia with known ties to criminal groups.

The car had a Georgian license plate and exploded near Arena Mall, between Basseyna and Velyka Vasylkivksa avenues.

Acquaintances of the dead man told television broadcaster 112 that the man had fought with a volunteer Chechen battalion called Dshokhar Dudayev, which had fought against pro-Russian separatists in eastern Ukraine in the past.

Artem Shevchenko, spokesman for Ukraine's interior ministry, said the police had launched investigation into the killing.

"An unidentified explosive device exploded inside the car. A Georgian citizen was killed," he said.

He said there were three people in the car. An injured woman was brought in hospital and a child survived, he said.

The local television channel 112 showed a black Toyota, the left side of which had been badly damaged in the blast.

This is the third time this year that people who worked with units fighting the pro-Russian groups have died in explosions. A well-known journalist, Pavel Sheremt also died in a car bombing last year.

None of the murders have been solved.

Large parts of eastern Ukraine have been under the control of pro-Russian forces since fighting began in 2014. That was prompted after the then Ukrainian government was forced out by protesters who demanded the country forge closer ties to the West, to the dismay of forces in Russia, which see Ukraine as belonging to its circle of influence.