Despite border blockade, Saakashvili makes it into Ukraine 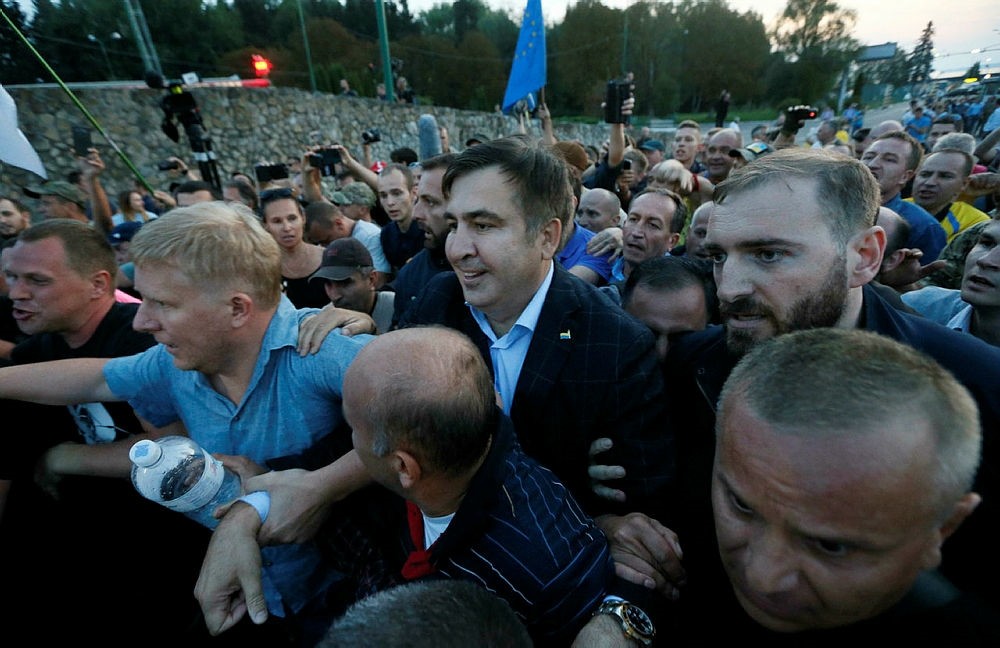 Former Georgian president and former governor of Odessa Mikheil Saakashvili managed to enter Ukraine despite a blockade designed to keep him out on Sunday.

After two unsuccessful border-crossing attempts, by bus and train, the politician - who had his Ukrainian citizenship stripped after a falling out with Ukrainian President Petro Poroshenko - attempted a crossing by foot, which was also blocked, according to journalists accompanying him.

After a brief stand-off, Saakashvili supporters on the Ukrainian side pushed through a line of soldiers, grabbed Saakashvili and pulled him onto Ukrainian territory.

Saakashvili headed Ukraine's important Odessa region on the Black Sea from 2015 until he stepped down last year, accusing Poroshenko of perpetuating entrenched corruption.