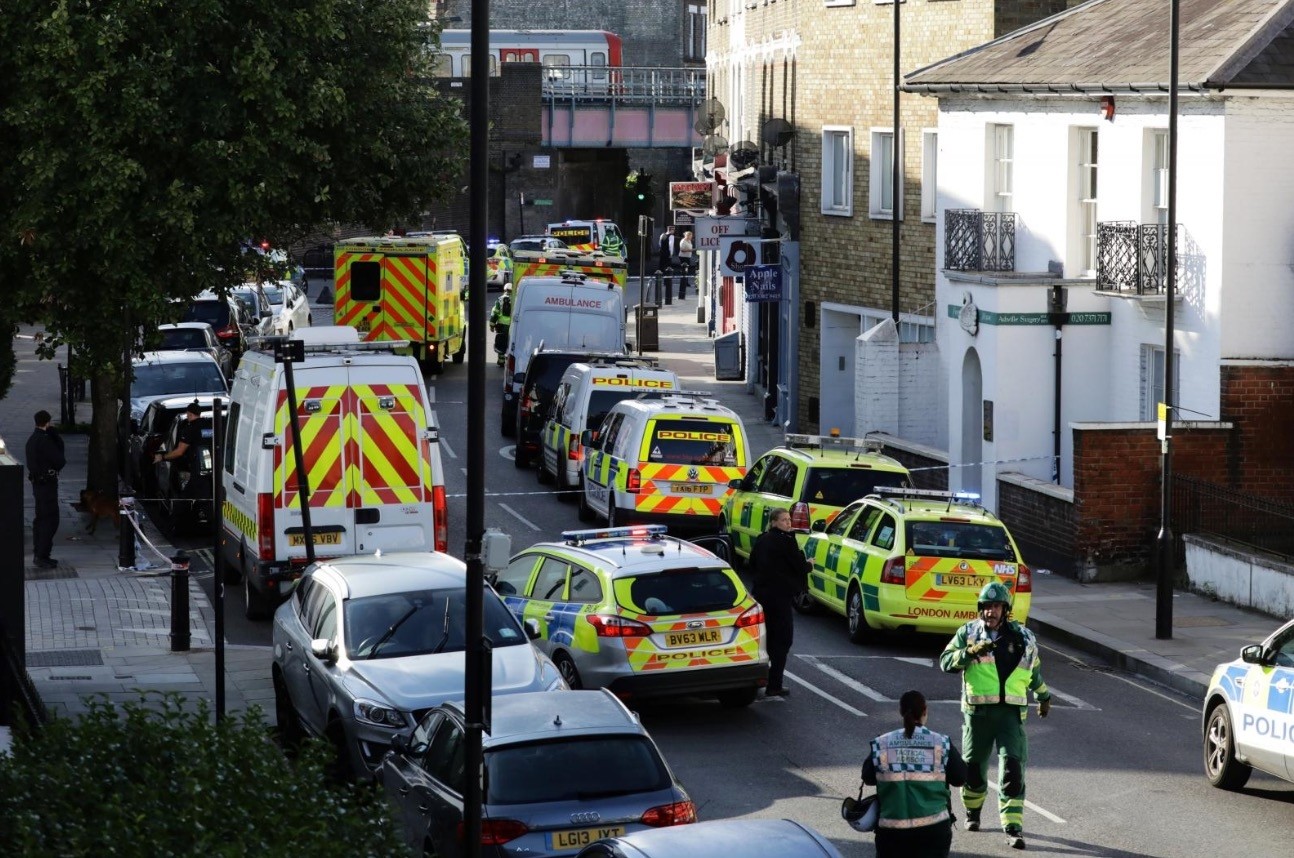 Prime Minister Theresa May acted on the recommendation of the Joint Terrorism Analysis Center after the subway train bombing attack Friday at the Parsons Green station in southwest London. The analysis includes security services, police and government agencies.

The threat was raised from "severe" to "critical" — its highest possible level.

A manhunt is under way after the improvised explosive device was detonated on a crowded subway car, injuring at least 29 people. Daesh terrorist group later claimed the attack, saying it was perpetrated by an affiliated unit.

May said military troops would augment the police presence in a "proportionate and sensible step."