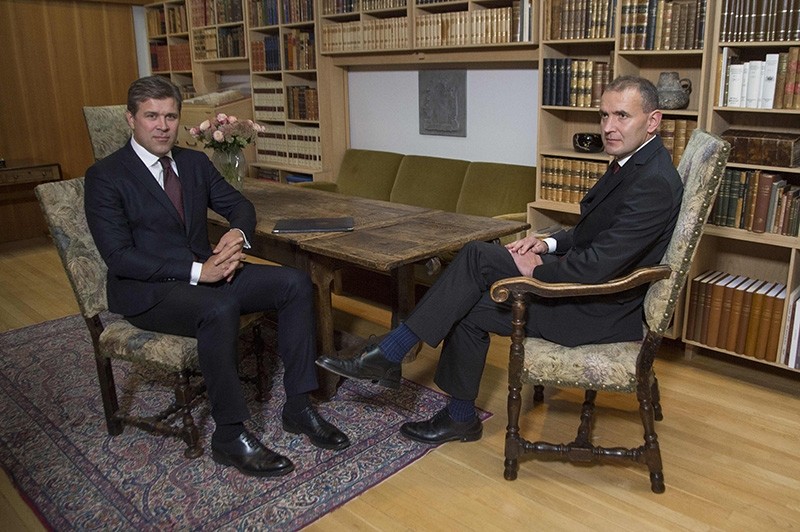 Iceland's president on Saturday accepted the resignation of the volcanic island's prime minister, who says a new election mostly likely will be held on Nov. 4.

Prime Minister Bjarni Benediktsson lost his nine-month-old, center-right coalition after one party quit over an attempt by the prime minister's father to help clear the name of a convicted pedophile.

President Gudni Th. Johannesson met Saturday with Benediktsson and was meeting with other party leaders later in the day.

A small centrist party, Bright Future, quit the ruling coalition Friday after it emerged that Benediktsson's father had written a letter urging a pardon for Hjalti Sigurjon Hauksson, who was convicted in 2004 of raping his stepdaughter almost every day for 12 years.

Under Iceland's judicial system, a person who has served a sentence for a serious crime can apply to authorities to "restore their honor" and seek employment again, meaning their criminal record is erased. For that, a letter of recommendation by a close friend or an associate is needed.

Benediktsson took office in January, uniting his Independence Party, the Reform Party and the centrists.

Together they held the slimmest of majorities — 32 of the 63 seats in parliament following the Oct. 29 election, which was called after the former prime minister resigned amid protests over his offshore holdings that were revealed in the Panama Papers leak.

When it emerged that some government members had kept information from the public about the letter seeking to clear Hauksson's record, Bright Future said it was quitting.

Benediktsson said Friday that some Icelandic laws were "completely out of sync with modern values," according to the nation's largest newspaper Morgunbladid. He was quoted as saying he was "in shock" when he heard about the letter.

Benediktsson, a former finance minister, was also named in the Panama Papers as having held a stake in a Seychelles-based investment company.

Iceland is a wind-lashed island near the Arctic Circle with a population of 320,000. The country suffered through years of economic upheaval after its debt-swollen banks collapsed during the 2008 financial crisis but now is experiencing a surge in tourism by those eager to see its pristine glaciers, fjords and waterfalls and the Northern Lights.