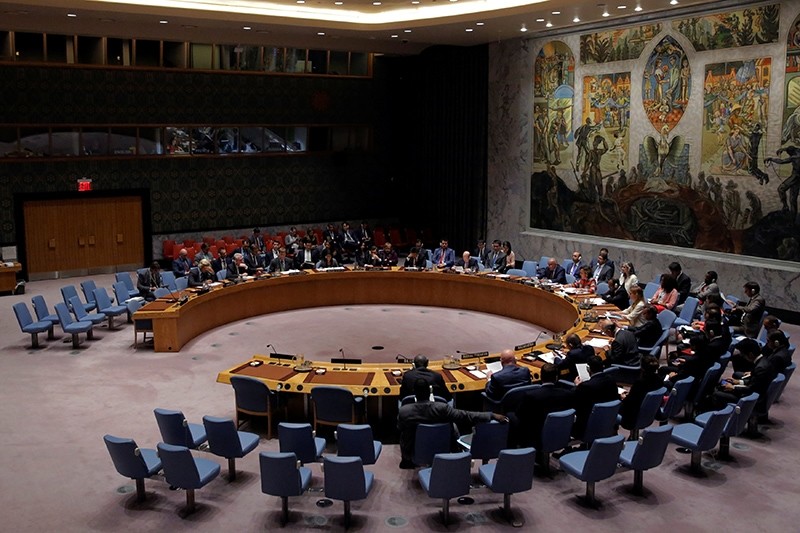 Moscow's ambassador to the United Nations said the United States and Ukraine have told Russia they will not work on a Russian proposal to deploy United Nations peacekeepers in eastern Ukraine, the TASS news agency reported.

Russian President Vladimir Putin this month suggested armed U.N. peacekeepers be deployed to eastern Ukraine to help protect ceasefire monitors from the Organization for Security and Cooperation in Europe (OSCE) and to help end a conflict between Ukrainian troops and Russia-backed separatists, which has killed more than 10,000 people since 2014.

Putin originally said the peacekeepers should be deployed along the line of contact between Ukrainian government forces and pro-Russian separatists, but later said they could also be deployed in other areas where OSCE inspectors work.

However, Washington and Kiev also want peacekeepers to be deployed along those parts of Ukraine's border with Russia which Kiev does not control.

TASS cited Vasily Nebenzia, Moscow's U.N. ambassador, as saying on Monday the United States and Ukraine had formally told Russia in the United Nations Security Council that they were unwilling to work on Moscow's draft resolution on the subject because they had too many objections to it.

"The U.S. and Ukrainian delegations said after the first discussion that they were not ready to work on the (Russian) text in future," Nebenzia was cited as saying.

"(They said) they had significant objections and that, possibly, the Ukrainians would have a counter proposal to deploy peacekeepers to Donbass (eastern Ukraine)."

Moscow was not abandoning its own proposal, however, said Nebenzia, saying it would continue to advance it when the conditions were right.

Ukraine has advocated an alternative plan that would ban any Russian nationals from taking part in a peacekeeping mission which it wants deployed along the part of its border with Russia which it does not control, an idea Moscow has so far baulked at.